Shares in Qantas advanced 1.8% on Friday (26-Jun-09), as investors welcomed the airline's plans to cancel 15 B787s deliveries and defer a further 15 of the aircraft type. The move was described by Qantas CEO, Alan Joyce, as “appropriate in the current climate”.

Qantas Group’s low cost subsidiary, Jetstar, meanwhile stated it would continue with expansion plans despite the B787 decision, and is reportedly considering ordering additional A330s to support its future international expansion. 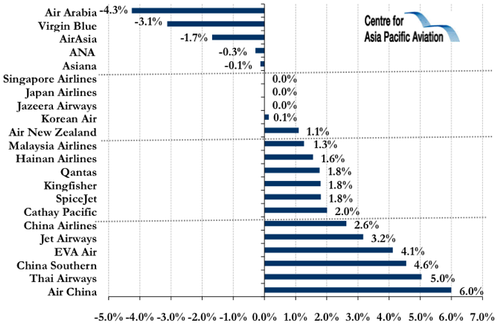