Pratt & Whitney has hit back at Rolls-Royce patent suit against it, filing a lawsuit against the UK-based engine manufacturer. The US company, a unit of United Technologies Corp, has filed a suit in a US Federal Court in Connecticut claiming that Rolls-Royce has misled the US Patent and Trademark Office to obtain a patent and then unlawfully used that patent to enter litigation against Pratt & Whitney, interfering with its business and engaging in unfair business practices.

In May-2010, Rolls-Royce filed a patent-infringement suit against Pratt & Whitney covering the blade design of the GP7200 engine. This was followed by an Aug-2010 lawsuit, under which Rolls-Royce claimed the design of fan blades the Pratt & Whitney PW1000G, and other unnamed aero engines, infringed its US patent. The case is due to go before a jury in the US District Court for the Eastern District of Virginia in 1H0211.

Pratt & Whitney denied the allegations at the time and expressed its confidence that the lawsuits would have no impact on its PW100G development programme or affect any of its customers. The company stated that it would "vigorously defend itself". Just how vigorously is becoming apparent.

At stake is the market for aero-engines for the next generation of narrowbody aircraft, expected to be the largest market segment, at least in terms of volume, in the industry over the next 20 years. Forecasts by Airbus and Boeing put the market for narrowbodies in the range of 20,000-21,000 aircraft. The market will also become more crowded in the next few years, with Bombardier’s CSeries, Irkut’s MS-21 and the COMAC C919 all due to enter service between 2013 and 2016. Airbus and Boeing are currently deciding which direction to take with their A320 and B737NG families.

Pratt & Whitney’s offering for the next generation narrowbody/regional market is the PW1000G, previously known as the geared turbofan. The engine has been selected as the exclusive powerplant for the CSeries, Mitsubishi Regional Jet (MRJ) and the MS-21.

Orders for these aircraft have been quite, understandable given the economic climate although still worrying compared to the sales of the A320 and B737NG. The CSeries has 90 firm orders, while the MRJ has 65 and the MS-21 146, for a total of 221 aircraft. If all options were exercised, another 194 aircraft could be ordered. All three manufacturers have confirmed they are in talks with potential customers, although Pratt & Whitney President David Hess has expressed disappointment at the low number of CSeries orders.

In the new narrowbody aircraft engine market, the PW1000G is up against CFM International’s LEAP-X. The engine has been selected for COMAC’s new C919, although no orders for the aircraft have been announced and it is not due to enter commercial service until 2016. CFM International is a JV between Snecma and General Electric.

Rolls-Royce appears to have opted out of this market, focusing on developing longer-term technology and engines for larger aircraft, such as the A380, B787 and A350 XWB. Rolls-Royce has stated that it does not believe that re-engining existing airframes “offers any significant net financial benefit to the industry”. If Boeing and Airbus go for new engines for their existing narrowbodies, then Rolls-Royce will be without an offering in the narrowbody market.

In trading yesterday, Rolls-Royce shares gained 0.4% while Pratt & Whitney/UTC shares were up 1%. 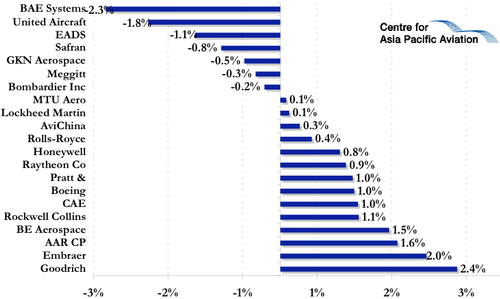 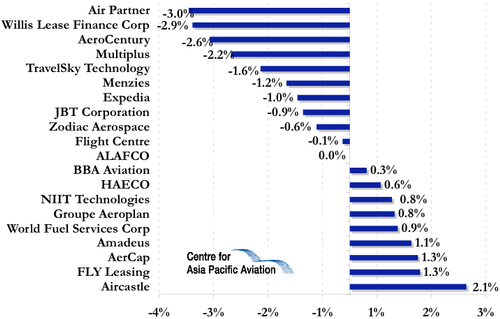