A recent CAPA report addressed the reopening of runways at major hubs in Europe.

In the southern hemisphere, Brisbane Airport in Queensland, a new runway opens on 12-Jul-2020, one that was planned for over many decades and is arriving at the one time during those many decades when it is perhaps least needed. But airports must look to the future and the much hoped-for return of 'normality'.

It comes just as attempts to save Virgin Australia, the second biggest airline at Brisbane – its main hub – and the one chosen to make the inaugural flight on the new runway, has seemingly been rescued from bankruptcy and is ready to take to the air under new ownership.

Brisbane is the hub airport for Virgin Australia

Virgin Australia Group CEO and MD Paul Scurrah has said that the opening of Brisbane Airport's new runway on 12-Jul-2020 "is a turning point, not only for airlines such as Virgin Australia, but also for the broader tourism sector which has been hampered by the COVID-19 crisis". The runway was previously expected to begin operation in Sep-2020.

Brisbane Airport has said that Virgin Australia will be the first airline to depart on Brisbane Airport's new runway when it officially opens after eight years of construction and five decades of planning.

The new runway system will provide Brisbane Airport with the greatest runway capacity of any capital city airport in the country.

It has been claimed that there will be “no delays” due to lack of capacity, so airlines “can actually forecast growth".

The 'required' comparable expansion of Melbourne's airport is going ahead; Sydney is - eventually - getting an additional airport

It is also been stated that the success of the new runway would hinge on Sydney Kingsford Smith Airport and Melbourne Tullamarine Airport increasing capacity and improving operations, because the triangle of air services between the three is “fundamental to aviation in Australia".

That comment was made in 2017, since when the new Western Sydney airport’s construction has been confirmed by the government. Sydney’s Kingsford Smith Airport is physically small and not easily extended.

In Nov-2019 Melbourne Tullamarine Airport determined that a third runway, constructed on a north-south orientation, would provide the greatest benefits to the airport; the airport started preparing a preliminary draft major development plan for consideration by the Australian Government.

Brisbane’s AUD1.1 billion (USD767 million) privately funded project is the largest in the history of Brisbane Airport since its opening in 1988, and worth nearly as much as the initial cost of the airport when Brisbane Airport Corporation (BAC) bought it in 1997 for AUD1.38 billion.

Construction was completed in Apr-2020. It will be opened over the course of four weeks.

BAC believes the first departure by Virgin Australia would be a fitting way to mark Brisbane’s new runway as open for business as it is the airport’s “home carrier”, and “an airline that has always shown confidence in Brisbane and Queensland as a place to do business.”

Virgin Australia is currently the second biggest airline at Brisbane as measured by seat capacity (24%), after Qantas.

Virgin Australia not out of the woods yet

Along with Virgin Atlantic, Virgin Australia has its own problems of course, and remains in administration. Private equity firm Bain Capital has been selected as the new owners and should proceed to the next stage, despite a blocking attempt by shareholders who fear losing their equity.

Separate to the new runway there have been other infrastructural improvements at Brisbane Airport over the past few years, including:

While it is a major commercial city, Brisbane is also at the centre of Australia’s east coast tourism industry. 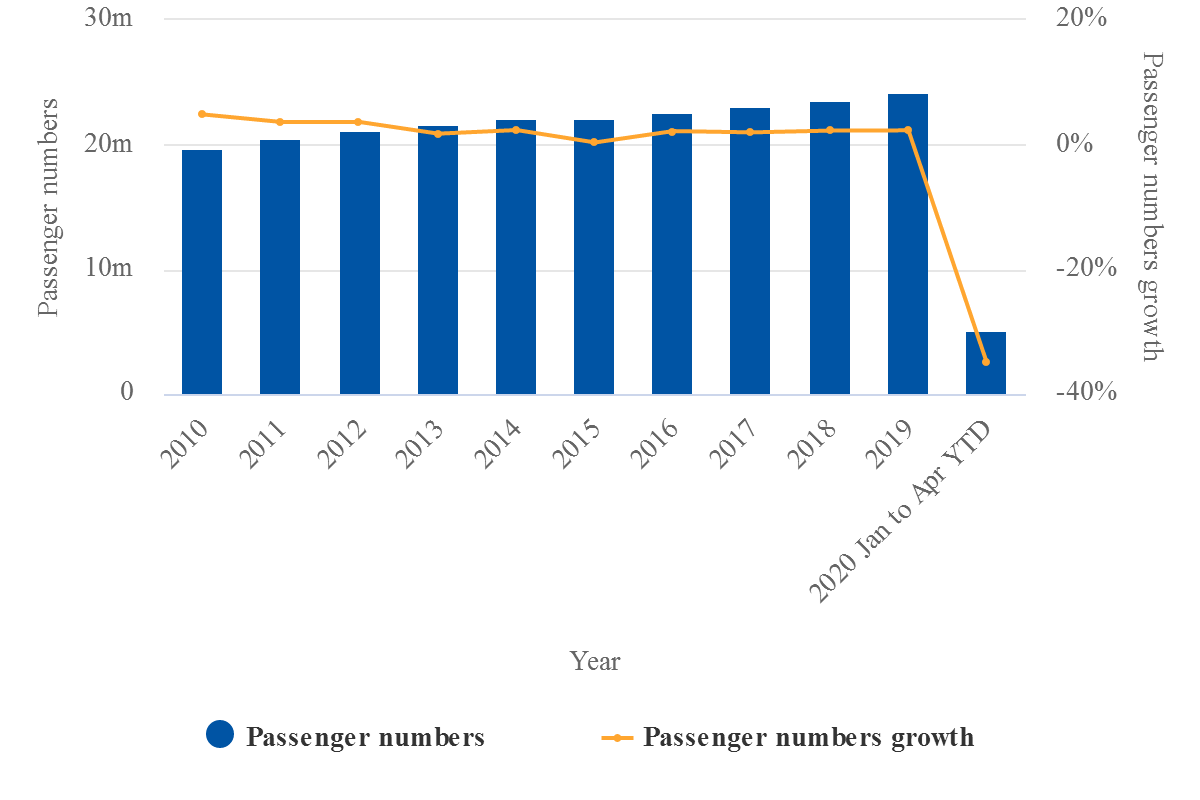 The same is broadly true of Melbourne and Sydney airports in terms of uniformity, but growth rates have been higher at those airports.

One small problem that Brisbane may have in attracting new airlines and increased frequencies to the new runway is that is does not compare well with Sydney and Melbourne for airport charges.

The data below is for 2019 and is combined landing and terminal fees for a variety of aircraft types at Brisbane, Melbourne Tullamarine and Sydney Kingsford Smith airports. There are other ways to measure and compare charges. Even so, Brisbane’s charges are the highest in every category except one.

Brisbane does not have a directly competing airport in the city-region boundaries, but Gold Coast Airport, the fourth busiest international airport in Australia and the gateway to one of the country's biggest tourism destinations, is less than 100km to the south. That is why it is also included in this chart.

(Also, the smaller Sunshine Coast Airport [its newly expanded 2,450m runway received its first landing on 14-Jun-2020], delivering direct access to another major tourism destination, is connected by motorway only 100km to the north. And the mainly cargo-focussed Wellcamp Airport, 160km to the west, in Jun-2020 welcomed new once weekly freighter services from Singapore Airlines and Cathay Pacific.) 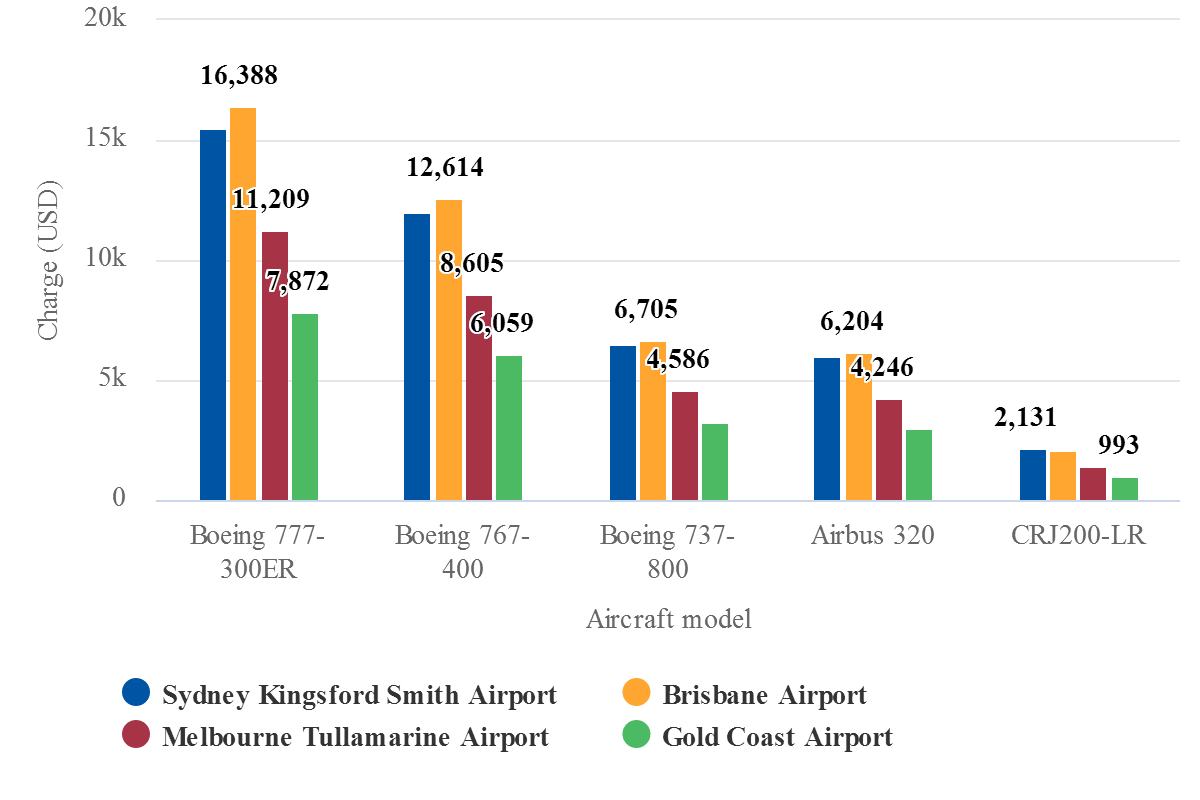 Capacity drop being clawed back 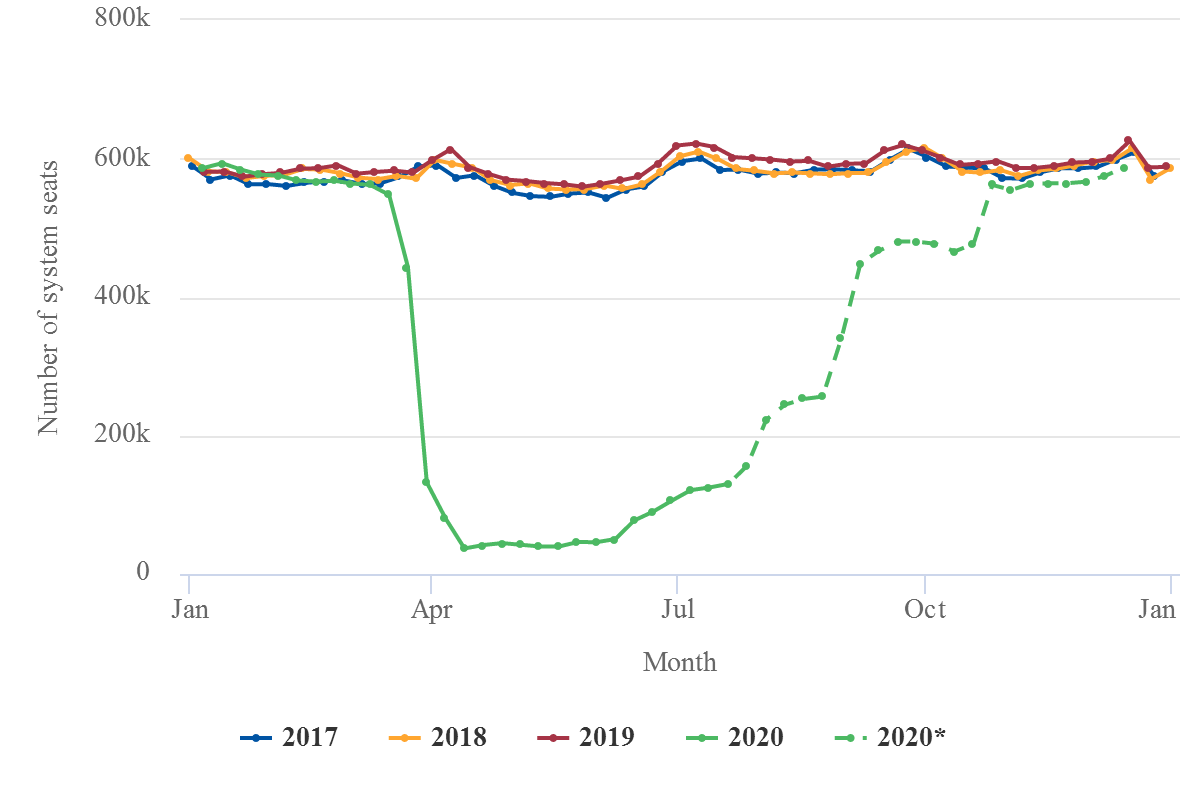 Brisbane Airport Corporation has been privatised since 1997

Looking at the ownership, the airport was leased along with many others in Australia in the late 1990s. Brisbane Airport Corporation has been a fully privatised organisation since 01-Jul-1997 on a 50-year lease (to 01-Jul-2047), and now consisting of the following shareholders: