Passenger traffic at Minneapolis/St Paul Airport (MSP) appears to be inching back towards positive levels, with Apr-2009 traffic down 5.5%, a relative improvement over Mar-2009 levels (but helped by Easter falling in April this year). However, cargo traffic has not yet followed the passenger segment, although may be finding a floor at depressed levels of -25%.

MSP’s cargo operation is highly sensitive to Asian traffic (being a major hub for Northwest Cargo). Bearish cargo yields from leading Asian carriers and similar depressed cargo reports from Asian hubs would suggest this will be a tough market for some time. 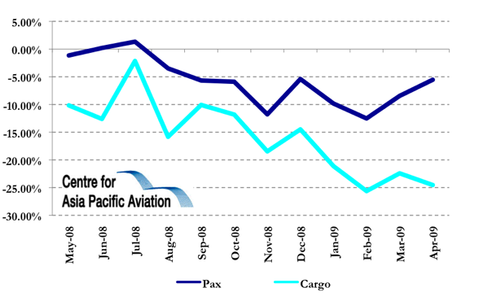 The former Northwest Airlines has its major hub at the airport and dominates traffic, with close to 75% of total capacity at the airport, according to OAG (which is yet to combine NW and DL schedules). Northwest’s new owner, Delta Air Lines, is the next largest carrier, with just 4.4% capacity, although it has reduced its schedule from the airport since the merger.

The two carriers will eventually combine their offerings at MSP, offering operations under a single Delta branding, and are working to integrate their fleet by the end of 2009. The combined carrier also has hubs at Atlanta, Cincinnati, Salt Lake City, Detroit, Memphis and New York. Unified branding has already been implemented at Minneapolis. 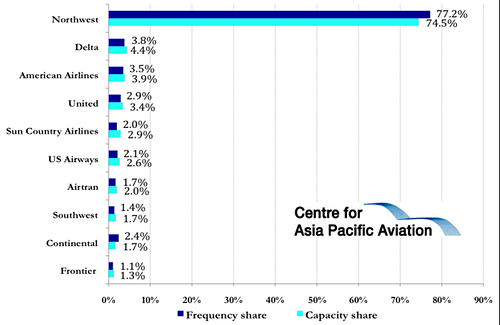 LCCS yet to make an impact - but keeping a watching eye

LCCs, including Southwest Airlines, Frontier and AirTran Airways, make up a very small proportion of the traffic at MSP (less than 9% total).

Southwest Airlines and rival LCCs have the potential to grow at MSP from their small initial presence, and could seize on any moves by Delta/Northwest to further rationalise operations at the airport. Southwest launched services to the airport in Mar-2009, competing on the very busy Minneapolis-Chicago sector (though Southwest operates from Midway). Southwest plans to launch Minneapolis-Denver service in late May-2009, which is also served by Frontier Airlines. Southwest has been squeezing Frontier and United at the Denver hub over the past 18 months, increasing its capacity share there to approximately 18%. 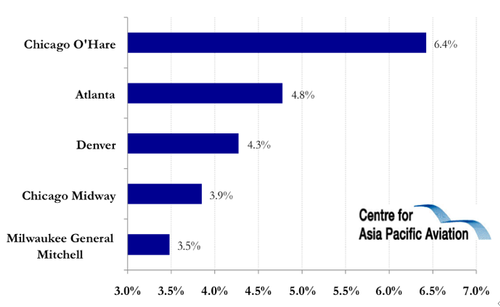 Minneapolis is also strongly linked to the Delta international hubs in Amsterdam and Tokyo, which together account for more than a third of total international capacity. 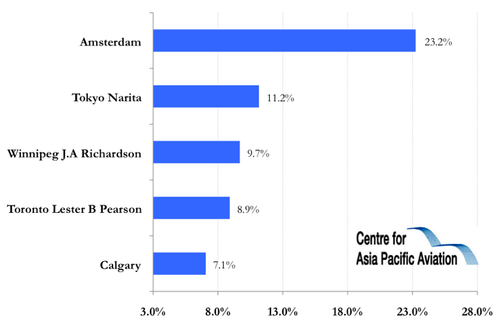 As Delta looks to cement its ties with Air France-KLM across the Atlantic and rightsize its domestic capacity (load factors are still falling), the outlook for MSP is uncertain. Until the US and Asian economies find some strength (even China’s recent ‘green shoots’ are now being questioned), MSP’s traffic volumes could remain in the wilderness for some time. The KLM-Northwest JV has stimulated the Amsterdam market over the past decade, so the new Delta-Air France-KLM JV is unlikely to cause a jolt on that route. And Japan's quiet economy will not be supportive in the near future.

LCC expansion would look to be the best prospect for traffic growth and will be critical in driving the airport into a new chapter.