Los Angeles International Airport, universally known as LAX by regular users, is a sprawly, slightly chaotic place that mirrors well the city that it serves. When the current terminals were opened in the 1960s they were hailed as a magnificent concept for the jet age, with an arched “theme” building surrounded by an oval roadway of similar terminals.

However, decades of growth and change in the airline business model have resulted in a mish-mash of terminals with various and interesting modifications. A plan that was more than adequate when envisioned is now struggling to find space for its tenants and users.

The biggest game in town

Unlike New York, which has two major international gateways, with Boston, Philadelphia and even Dulles fairly nearby, LAX is the primary international gateway to all of Southern California, with only a few options (primarily Mexico) available at Ontario to the east and San Diego to the south.

Furthermore, the site is now fully encircled by the city to the north, south and east with the Pacific Ocean bordering the airport on the west. There are other airports in the region; Burbank, Long Beach, John Wayne in Orange County and Ontario which is also owned by Los Angeles World Airports. However, all are essentially local service airports serving primarily cities on the West Coast and other hub airports to the East.

As a result, and despite efforts to diffuse the passenger concentration, LAX remains the primary airport for 16 million Angelinos.

As we found in previous articles on US airports utilising data available on the CAPA Profile pages, those on the West Coast display little of the single carrier dominance that is more common in the east. The graph below shows that despite the fact that both American and United list the airport as one of their hubs, the reality is that none of the US legacies has a particular advantage.

American has of late increased its presence at LAX but will still trail the new United once the passengers of UA and CO are combined. Delta, too, has increased its reach at LAX by entering the Australian market, a move necessitated by SkyTeam’s weakness in the region, yet it remains fourth in seat offer.

Southwest. A big presence at a primary airport.

And then there is Southwest. Present in Los Angeles for over two decades, the nation’s largest domestic carrier offers an enormous number of seats and dominates many of the coastal routes in the west. Long before it ventured into large airports elsewhere, Southwest had a noteworthy and growing presence at LAX. 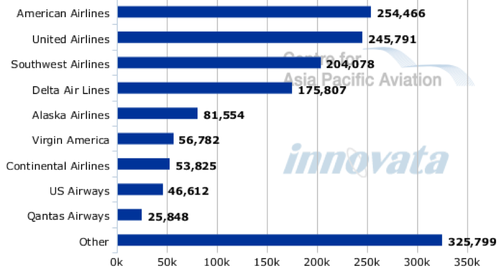 Unlike hubs such as Miami, Dulles (or Dallas) and Atlanta, passengers have a wide range of options from LAX, with no carrier or alliance being dominant. For instance to Tokyo, Star offers nonstop services on United, ANA and Singapore. With SkyTeam, the choice is between Delta and Korean while oneworld members may travel on either JAL or American—a veritable buffet. 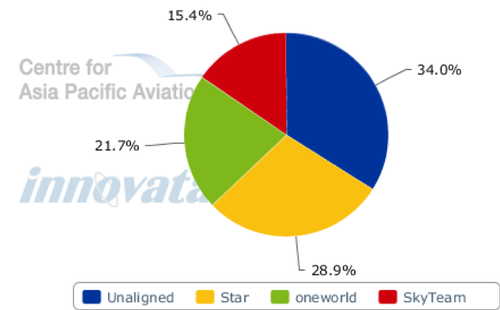 A “must serve” for many

Not only do LAX passengers have a broad choice of airlines, but they also have a huge network of cities tied to the airport. Carriers as diverse as Thai and Turkish provide nonstop service to their distant hubs and, with the exception of South America, access to the world’s primary markets is direct and frequent. And that may soon change as both TAM and Avianca have shown interest in LAX.

Thus, compared to most US hubs, LAX has a sizable percentage of international traffic in its mix. There are 10 daily nonstops to London’s Heathrow alone. 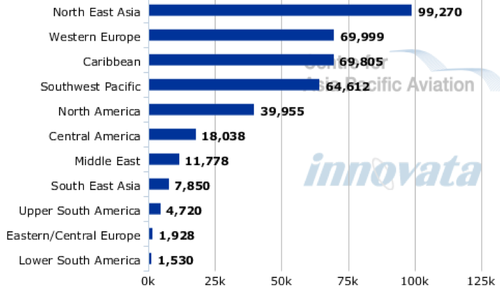 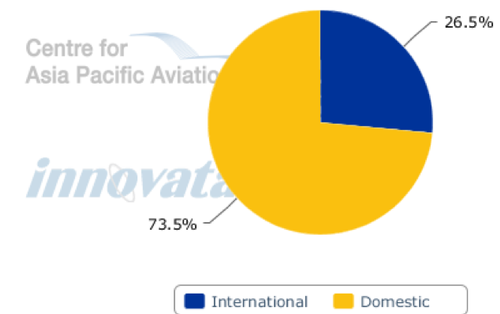 Additionally, LAX passengers have a wide range of low cost carriers from which to choose. Aside from the hefty Southwest presence, there are numerous destinations served by Virgin America, JetBlue, Allegiant and Spirit. 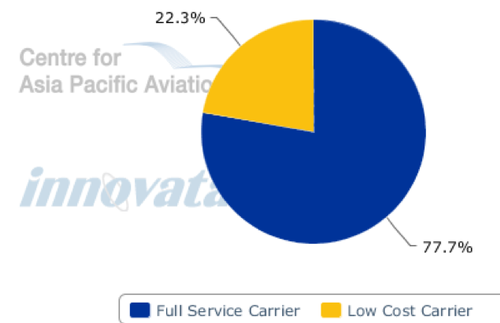 Both squeezed and not universally loved

But the price paid by Angelinos for all this access is a facility that is crowded and, with only four runways and no possibility of expansion, nearly maxed out at peak periods with almost 110 movements per hour.

The airport has also had sometimes difficult relations with it neighbours, who see the facility and its growth as a source of congestion, pollution and noise. And despite numerous attempts to move traffic to alternative airports, LAX continues to be the primary regional destination for most airlines.

And, as befits a city where the auto rules supreme, the fledgling public transit line comes near to, but not onto, the airport.

But the bounty also keeps fares at competitive levels. With 6 airlines flying roughly 40 daily nonstops to New York; even Southwest offers a direct (1-stop) to LaGuardia.

Consequently, there is usually a good deal to be found outside of peak periods. The average economy fare to New York for early summer 2011 is roughly USD350 for the 4912 mile roundtrip—about $.07 per mile.

The TBIT is currently being expanded and modernised which should relieve some of the stress. Nonetheless, the airport is constrained and in order to cope with the A380's wingspan, an entire runway was moved 55 feet further south simply to allow necessary tolerances.

For now, LAX works. But as we move further into the 21st century, the city and its travelers will probably need to look for new alternatives or risk being unable to handle projected traffic. The maximum capacity foreseen at LAX is 75 million per annum. At 59 million+ in 2010 and a growth rate exceeding 4% annually, that number is but a decade away.