Iceland has been the brightest shining star in the tourism heavens in Europe during the past decade as the combination of man-made events and natural appeal conspired to make the country much more accessible and less expensive to visit, but these halcyon days that have prompted tourism to take over from fishing as the major income generator may be coming to an end.

The state airport operator Isavia has forecast a dramatic drop in passengers at the international Keflavik Airport in 2019, both from direct visitors and those just passing through and taking a ‘two holidays in one’ stopover break, at which the country was a pioneer.

This report looks at the reasons behind this Icelandic boom, what has gone wrong, and at a possible lifeline that could be provided by new routes to Asia.

The tourism bubble could be about to burst

The Icelandic national airport and air navigation service provider Isavia forecasts that passenger traffic at the main Keflavik International Airport will decline by 8.7% year-on-year, to 8.9 million, in the calendar year 2019. Transit passengers are expected to decline by 18.7%, to 3.2 million, attributable to the decrease in both the number of destinations served and frequencies to selected destinations.

The question is: is this a long term trend and is Iceland’s tourism bubble about to pop? The Keflavik Airport traffic chart below covers the period 2009- 2018. 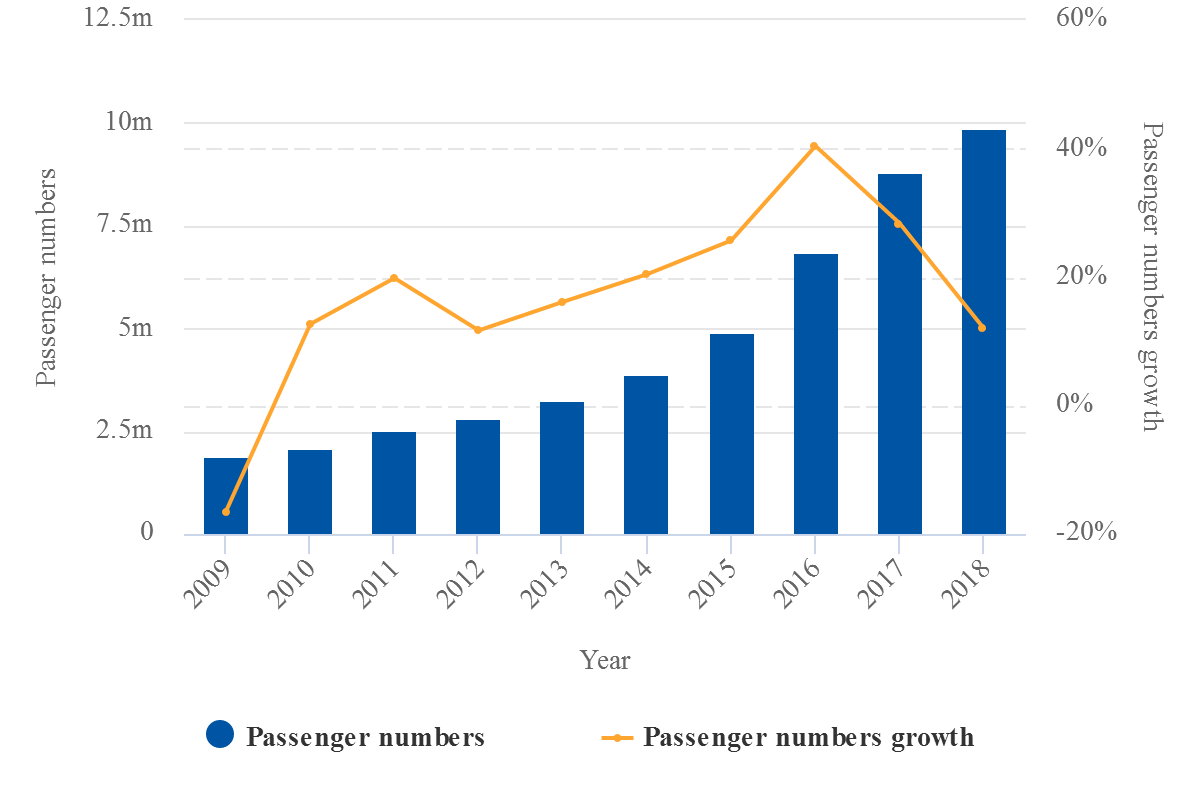 Traffic ‘growth’ in 2009 was a negative -16.4%. In Oct-2008 a financial crisis began, brought about by a collapse of the Icelandic banking sector, and the value of the Icelandic króna dropped sharply, falling from 90 to the euro to 340 against the euro before trade in the currency was suspended. Although the króna recovered somewhat, at a stroke it made tourist visits to the country far less expensive, although that message took time to get through to the public - as exchange fluctuations typically do.

Then in Apr-2010 a series of volcanic eruptions under the Eyjafjallajökull glacier caused huge disruption to air travel across western and northern Europe, affecting 10 million passengers, yet causing little disruption in Iceland itself owing to the prevailing winds.

By the time the volcanic activity concluded in Oct-2010 Iceland had been put firmly on the map as a tourist destination owing to the enormous media coverage the country received which portrayed its pristine, wild beauty.

The chart above shows the outcome. The year 2009 was the last year to record a decline in passengers at Keflavik. The annual growth rate rose to a giddy 40.4% in 2016.

Icelandair, the national carrier even though it is privately owned and publicly traded through the Icelandair Group, had previously been almost wholly responsible for developing tourism in Iceland, with subdivisions operating hotels, tour companies, ground transport and car rental services.

Icelandair had long since established the ‘stopover’ vacation. These were 1-3 night inclusive stays to trans Atlantic passengers between Europe and North America, with no addition to the airfare and with inclusive packages available including transfers, accommodation and ½-day and full day tours, some of which ended at Keflavik Airport ready for the afternoon wave of departures to North America.

In the light of the sudden increase in visitors the infrastructure had to catch up fast and new hotels were rapidly built, residents joined the accommodation-sharing boom and surface tourism companies multiplied.

At least, that was the case in Reykjavik, which has the added attraction of being in close proximity to the best known attractions and a multitude of after-hours entertainment. It was not so obvious in the towns and cities dotted around the coast (there are few in the wild interior) which have largely missed out in this tourist gold rush.

A new airline, WOW air, the brainchild of serial entrepreneur Skuli Mogensen, emerged out of the remnants of Iceland Express in 2012/13, undercutting Icelandair by flying out of European secondary tier airports.

In 2015, and just as Norwegian had done in Norway from 2013, WOW air went intercontinental with flights to the U.S. and Canada, challenging Icelandair with the same basket of low(er) fares, supporting divisions and stopover packages (including sponsorship of a summer music festival to challenge Icelandair’s winter one). Its annual passenger capacity more than doubled in 2016 and then increased by 73% in 2017. 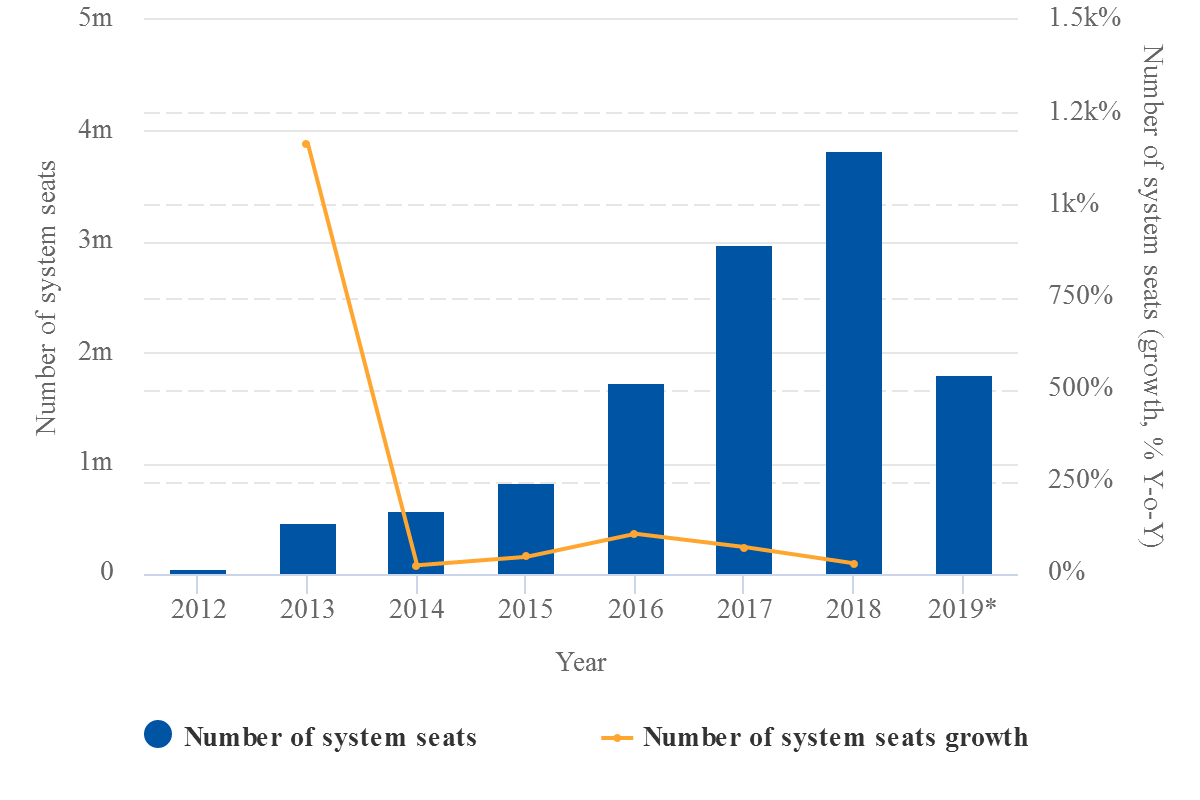 'This town ain’t big enough for the both of us'

But that is where it started to go wrong, and for a variety of reasons.

Firstly, Icelandair and Wow air started to compete where they had previously (within Europe) avoided each other, even flying to the same cities in the U.S. The search for new routes became desperate, and some were taken on that were never going to be sustainable. (Again, a parallel might be drawn with SAS and Norwegian).

Things got so bad that in Nov-2018 WOW air announced that it would merge with Icelandair, the airlines operating as separate brands, but just over three weeks later Icelandair abandoned the plan.

Subsequently, serial LCC entrepreneur Indigo Partners, which has stakes in other low cost carriers, reached a preliminary agreement to buy 49% of WOW air on condition of: the cancellation of routes, aircraft orders and lease deals, an attempt at sale-and-leaseback of aircraft, and a wholesale reduction of staff numbers.

Icelandair also began to adjust its business planning, suspending routes. Both carriers were impacted by the rise in the price of oil in 2018 and both reported heavy losses during 2018.

Of course, many other carriers now operate into Keflavik from Europe and North America, but as of the week commencing 28-Jan-2019 Icelandair and WOW air still jointly account for 81.5% of capacity at the airport. On that basis, Isavia’s forecasts begin to make sense.

But there are other reasons for Isavia's concerns in 2019.

Reykjavik’s centrally located Lake Tjörnin is renowned for the way it attracts up to 50 species of birds and right now, Isavia and the Tourist Board must be worried that they will be joined by Black Swans, because there is much to be concerned about already.

When the merger between Icelandair and Wow air was announced, the CAPA publication Blue Swan Daily speculated on the outcome:

A synopsis of these reasons is as follows:

Critically, visitor costs have started to rise again. Although the value of the króna depreciated on occasions during 2017 and 2018, a recurring high exchange rate has been giving tourists problems and they have been taking shorter trips. The current exchange rate is 137 króna to the euro. Allowing for inflation, that is similar to the 90 exchange rate before the financial crash.

Setting aside these issues within the country, one possible saviour could be visitors from the east. That, after all, is where the increases are coming from, albeit from a small base. 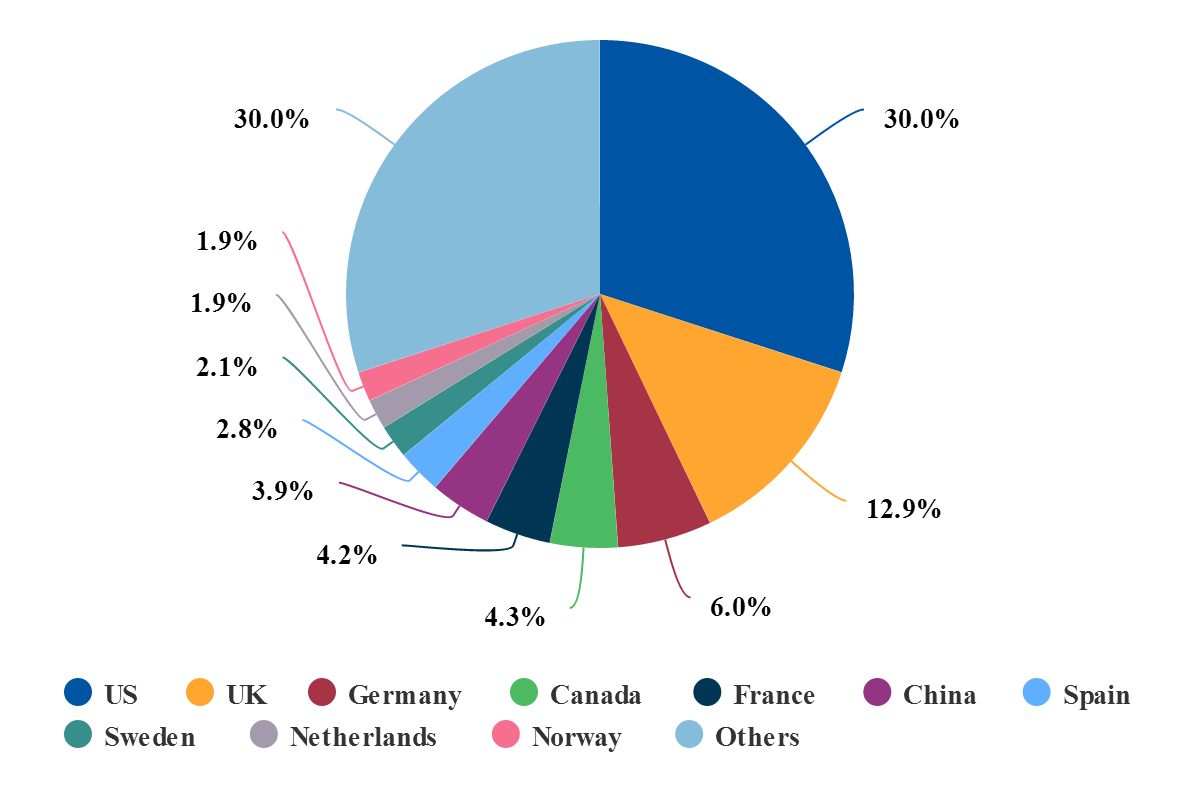 But such eastern routes would lack 6th freedom potential and the seamless North America-Europe rotations cannot be replicated on a Europe-Asia basis.

Icelandair would have to revamp decades-old operational practices to make it work and has always shied away from it. Any airline would find itself in stiff competition with Finnair for Europe-Asia connections.

With minimal marketing WOW air did briefly start up a Keflavik-Delhi service with onward connections to and from the U.S. on 06-Dec-2018, but then suspended it on 20-Jan-2019. The burgeoning Indian outbound market does have potential, so that might be one for the future.

Some of the issues in this report were aired in a previous report in Dec-2015.