US airline stocks generally gained ground in trading on Thursday, in line with the broader market, which was boosted by US Department of Commerce data showing the US economy (Real GDP) increased by 3.5% in 3Q2009, after decreasing 0.7% in 2Q2009 - for the first increase since 2Q2008. 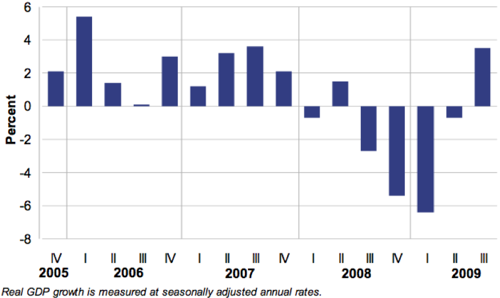 In South America, GOL’s shares jumped 8.6% on Thursday, as the benchmark Bovespa index posted its biggest one-day jump since 04-May-2009, surging 5.9%, partially negating an almost 7% cumulative loss over the previous two sessions.

In Europe, shares in Norwegian and Vueling were stronger yesterday, up 6.0% and 4.3%, respectively, following the release of their 3Q2009 financial results earlier in the week.

Among the non-listed European LCCs, Turkish LCC, Pegasus Airlines, announced plans to list 24-30% of its share on the Istanbul Stock Exchange in 3Q2010 or 4Q2010.

The funds will help the airline expand its fleet of 24 aircraft to 41 by 2015. The carrier added that it expects to report a profit of EUR17 million in 2009, increasing to approximately EUR40 million in 2010, if oil prices remain at current levels. 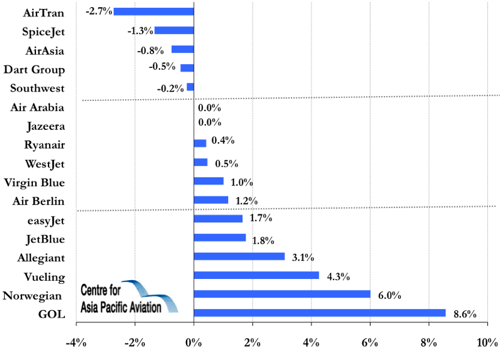