The Japanese government is reportedly finalising a plan for JAL file for bankruptcy with a guarantee of public support so that operations can continue. The Enterprise Turnaround Initiative Corp of Japan (ETIC) will reportedly establish a credit line of more than USD6.5 billion along with the state-owned Development Bank of Japan to ensure the carrier remains operational.

Delta Air Lines and American Airlines will reportedly not be invited to invest capital into JAL, at least initially, as it could “complicate” the carrier’s restructuring efforts, although the potential for a business tie-up with the US airlines remains.

Elsewhere, China Airlines’ shares advanced 0.9% on Friday as the Taiwanese carrier reported a 37% year-on-year increase in revenue in Dec-2009. 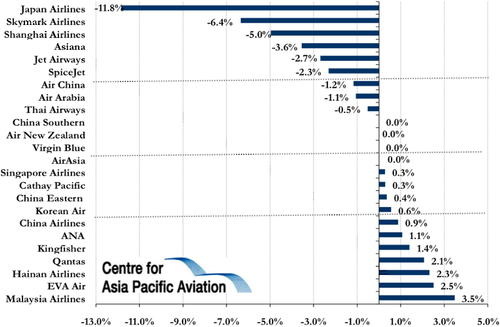