Hungary’s government indicated earlier this month that it would exercise a put option on the stake of 25% plus one vote that it holds in Budapest Ferenc Liszt Airport as the German airport operator Hochtief (75% minus one vote) commenced the sale of non-core assets ahead of a potential takeover of the group by its Spanish minority shareholder, ACS.

The government, as per a resolution published on 09-Jun-2011, stated it would move quickly to exercise a put option on a stake in Budapest Ferenc Liszt Airport (previously known as Ferihegy Airport) worth 25% plus one vote. The resolution stated: "The government authorises exercising of the sell option of the stock package representing the ownership of the State of Hungary in Budapest Airport Ltd. The government permits the sale to happen bypassing a competitive tender." It added that the deadline for the move was "immediate". The stake is valued at HUF36.6 billion (USD201 million), according to the National Development Ministry.

In fact the transaction was completed very quickly, on 15-Jun-2011 with Hochtief's Hungarian unit to pay the price within 30 days of notification about the sale. Hochtief had been aware of the put option since it bought into Budapest Airport in 2007.

Inadequate influence in the strategic operation

The government went on to say that "the sale will take place because the current state share does not provide a substantial say in the strategic operation of Budapest Airport Zrt". The put option on the stake can be exercised until 18-Jun-2011, adding that the Hungarian unit of Hochtief was obliged to buy the minority stake. The sale will be managed by the National Development Ministry, which can sell the stake without a tendering process, according to the decree.

Since Jun-2007, Hochtief Airport, now a subsidiary of Hochtief Concessions, together with consortium partners, has held a stake of 75% minus one vote (the vote held by the Hungarian government) in Budapest Airport, which is Hungary's major gateway international airport, dominating the landscape throughout the country of almost 10 million. In 2010, Budapest Airport handled more than 8 million passengers and according to Hochtief Concessions’ website, in the next years, it is to be developed into one of the most important airports in Central and Eastern Europe in terms of growth, service quality and efficiency.

Budapest, Prague and Vienna in fight for regional dominance

In actuality, Budapest and Prague Airports have been involved for the past three or four years in a localised war for dominance in central-eastern Europe with Vienna Airport, which despite flagging has recently regained the upper hand and which is almost 2.5 times bigger than Budapest with close to 20 million passengers in 2010.

The basis for Hochtief’s confidence is the modernisation programme “BUD Future”. For a total of EUR261 million, “the infrastructure is being modernised and new business fields are being opened up”. The centrepiece of the programme is the new terminal building BUD SkyCourt, which was opened in Mar-2011 and links the existing Terminals 2A and 2B.

However, Hochtief has been somewhat overtaken by events. It has been known since Sep-2010 that parent company Hochtief AG was subject to a potential EUR1.3 billion takeover by Spain's ACS Group, which currently has an ownership interest of 30%. ACS commented at the time that the minimum it wanted to increase its stake in the company to was just above 50% “over time”. In Mar-2011, Hochtief admitted it was prepared to give up a majority stake.

It now appears the sale process is underway and will be completed in 2011. Grupo ACS is expected to increase its stake in Hochtief to more than 50% by Jul-2011 and has taken a decision to sell Hochtief's airport assets when it has done so. Apart from Budapest, Hochtief’s portfolio includes Athens Airport (slightly more than 40% together with Hochtief Airport Capital (HTAC), and where the Greek government has considered selling its share to help stem the ever-widening deficit there); Dusseldorf Airport (Hochtief Airport and HTAC 30%); Hamburg Airport (49% together with HTAC); Tirana Airport in Albania (47%) and Sydney Airport in Australia through a 14% investment in Southern Cross Holdings.

These assets are considerable – up to USD2.3 billion is expected to be raised from the sale - and are some of the most significant to come to the market during the past two years. On the assumption that the usual suspects will be interested, information memoranda have been sent to the likes of Fraport, Singapore’s Changi Airport Partners, Vinci Concessions of France and the UK’s Global Infrastructure Partners. All are expected to table initial bids before the end of Jun-2011. But interest in some of the individual airports is likely to be stimulated in some of Europe’s smaller operators as well, especially those that were seeking to upscale their portfolio before the recession set in more than two years ago. Royal Bank of Scotland and Deutsche Bank are advising on the sale.

So the Hungarian government has taken the slightly unusual position – after insisting on the retention of a position of interest (although that never quite happened) on the airport ever since the original sale of the 75% less one vote stake to BAA six years ago for USD2.55 billion – of now attaching itself to the shirttails of the private sector disposal. It is not clear why it is doing so, nor if it knew of potential buyers or what they were prepared to pay. It may be connected to Hungary’s current presidency of the EU, which expires at the end of Jun-2011; it may wish to prove its free market credentials by way of a parting shot. The Hungarian economy has made the transition from centrally planned to market economy during the period it has been a member of the EU and the private sector now accounts for 80% of GDP. Foreign ownership of and investment in Hungarian firms is widespread with cumulative FDI worth in excess of USD70 billion. The Hungarian presidency was the last of a trio of countries over an 18-month period, which agreed common goals before they began. The first (1H2010) was Spain, which decided on the AENA privatisation during that period. Coincidence?

It is even less clear why it chose this path when one considers that only a few days earlier the government was reported to be considering buying Hochtief's stake, which would have given it a controlling majority in the airport, thereby effectively re-nationalising it, so that it could “conform to the market”.

Re-nationalisation would be no surprise

But no one should be surprised about re-nationalisation. In the wake of the original sale of the 75% stake (to BAA) in 2005, the right wing Conservative Party Fidesz, then in opposition, said it would re-nationalise the airport when it came back into power. It failed to do so in 2007 but succeeded in Apr-2010 with an absolute majority in the first round of voting and, in the second, enough seats to achieve the two-thirds majority required to modify key laws and the country's constitution.

When previously in power, between 1998 and 2002, Fidesz cancelled a contract to build a terminal with Canada’s Airport Development Corporation (now part of ADC & HAS), handing it to the airport management instead. That decision cost the Hungarian government approximately USD83.4 million, after it lost a lawsuit in Oct-2006.

Chinese interest adds to the mix

In another twist, local media reports have it that “Chinese investors” could also be interested in taking a stake in the airport at a later stage but only in alliance with the Hungarian government, which is also looking for buyers for its loss-making national airline Malev.

An unidentified Chinese suitor has reportedly stated it would build new access roads between central Budapest and the airport and that it is also prepared to buy Malev. That would be like manna from heaven to the government, which had been unable to offload Malev, neither for love nor money, for many years, then had to renationalise it from Russian investors by buying back 95% to keep it going, then spent much of 2010 propping it up with loans to pay aircraft lease fees. Malev is now trying to find a new direction with a strategy to turn Budapest into “a hub for secondary destinations in Eastern Europe” although it is not really clear what that means. Many observers think that is just what it was doing before, if perhaps the actual connections themselves might have been better.

The Chinese are taking a growing interest in eastern and north eastern mainland Europe and have already made investments in airports in northern Germany. HNA Group was particularly active immediately prior to the recession.

Such is the nature of Hungarian politics (and more so now that it no longer has to worry about the EU watching over its shoulder as it exits the Presidency), that there may well be even more twists and turns to come. None of the usual suspects who might be expected to take a serious look at investing in this stake (and possibly the government’s) are known to have replied as this article was written (16-Jun-2011). Some, or even all, may develop cold feet.

What we do know is that a new air transport strategy for Hungary has been presented to the state secretary for transport Pal Volner by a workgroup of the governing Fidesz. The strategy was prepared with the involvement of a broad group of participants. It will be interesting to see how it evolves. 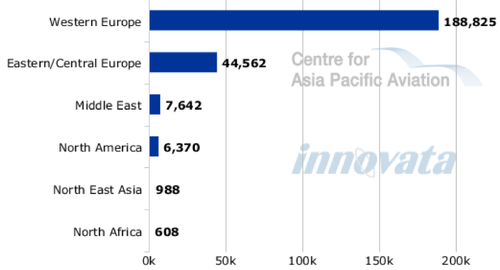 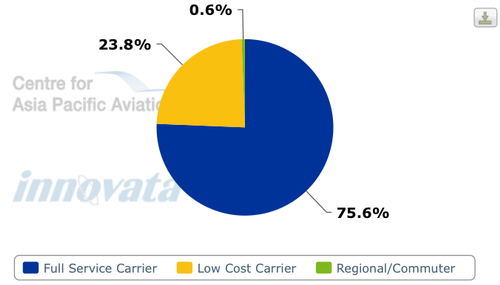 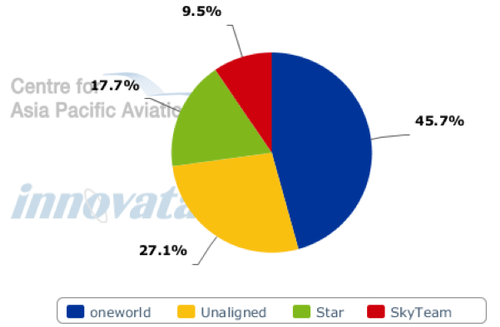 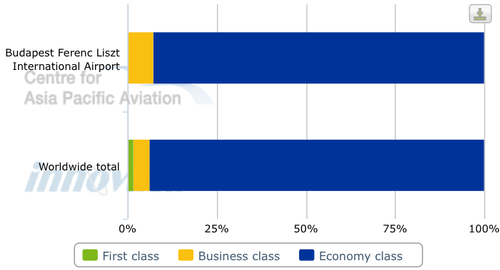 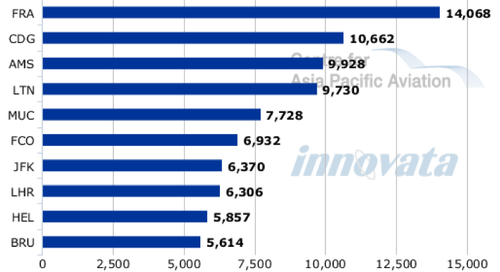