LCCs in the region were less affected, with Ryanair, Vueling and Cimber Sterling unchanged, easyJet gaining 0.4% and Norwegian improving 1.8%.

European stocks were affected by concerns over the lingering impact of the debt crisis and fears that measures taken have not been enough to fully control the problem. The euro ended a five-day rally against the US dollar earlier this week, but surged yesterday to an eight-week high. European finance ministers are meeting to debate more measures to help resolve the crisis. Also affecting airlines is renewed concerns over the trajectory of oil prices. 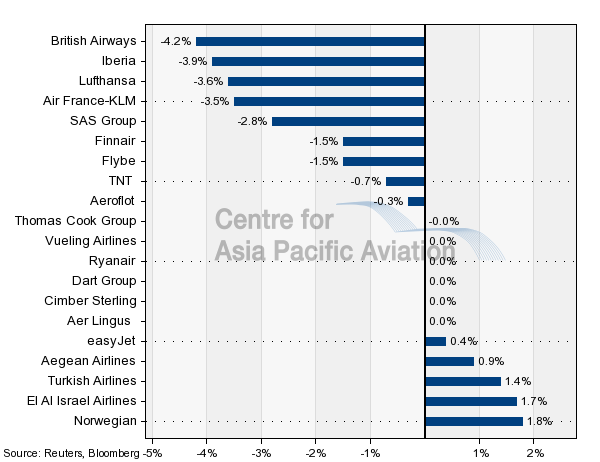