Boeing has proposed a partnership with Embraer to manufacture fighter aircraft in Brazil and cooperate on as many as 10 other projects. The Brazilian Air Force has issued a tender for 36 new fighters, which Boeing, Saab and Rafale are competing for. Boeing has also reportedly expressed interest in Embraer’s new KC-390 military transport, which Embraer hopes will first fly in 2014. Embraer has signed agreements with Argentina, Portugal, Chile, Colombia, Venezuela and Czechoslovakia for development of the aircraft.

Embraer shares were down 1.9% yesterday, Boeing shares gained 0.8%. Shares in Zodiac aerospace recovered 2.4% yesterday, after plunging late last week. Safran confirmed last week that it would not make a bid for the French aerospace manufacturer.

Shares in EADS dipped 2%. The company announced that Production Chief, Gerald Weber, who has been with the company for four years, will leave at the end of Mar-2011. His has not been announced but will be from outside EADS and will be appointed in early 2011. 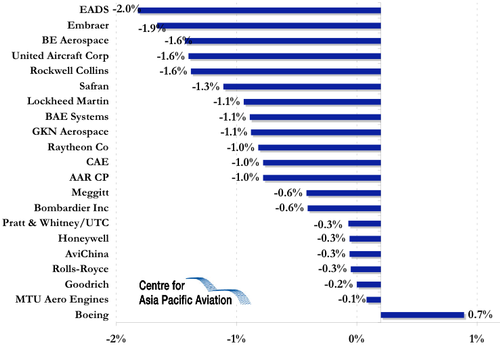 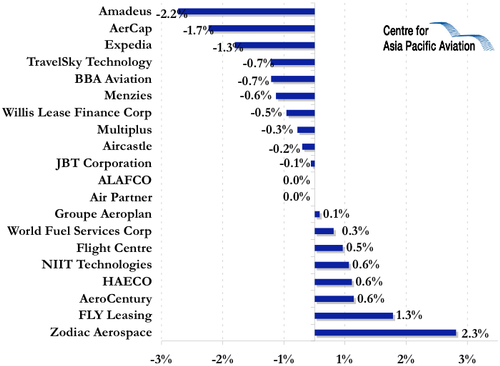