Bombardier announced an unidentified "well established" airline has placed a firm order for three CS100 aircraft and options on three more. The order is the second within seven days, after Braathens Aviation ordered 10 CSeries for its Malmo Aviation unit.

Bombardier reported last week that it is in advanced negotiations with up to 10 parties, with more orders expected to be announced shortly. Bombardier shares rose 2.7% yesterday.

Elsewhere, Boeing has confirmed it will move to defend its dominance of the ultra long-haul market from Airbus. Airbus is reportedly expected to unveil some design adjustments to its A350-1000 and an uprated version of the Rolls-Royce Trent XWB for the aircraft, increasing its maximum take-off weight and range/payload.

Boeing could modify its strong-selling B777, which is capable of operations beyond 8000 nautical miles, or look at developing an entirely new replacement aircraft. However, Boeing has stated it will not pursue two aircraft development programmes simultaneously. The manufacturer is still assessing options for its narrowbody programme, with a replacement potentially appearing at the end of the decade. 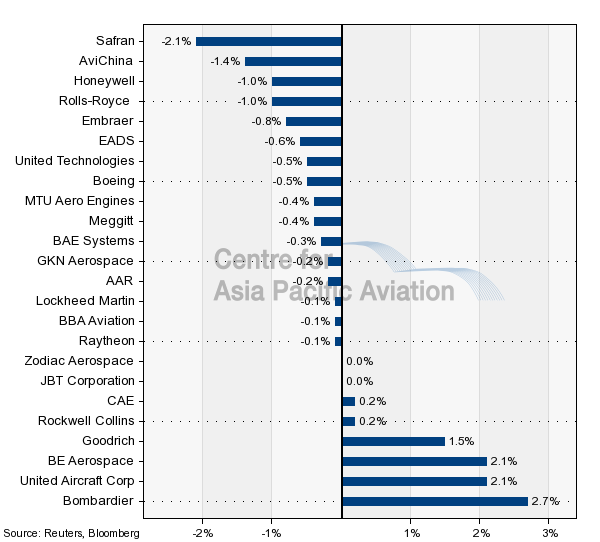