Bombardier bites back at Airbus and Boeing – Suppliers Share Wrap

Bombardier’s new 110-149 seat CSeries regional jet is creating a storm of words in international aircraft manufacturing and the battles over the aircraft will help determine the future structure and rules governing financing of aircraft development and ordering.

The CSeries is the first of a number of new aircraft that will be entering the 100+ seat commercial aircraft market in the next five to six years. China is developing the C919 narrowbody, while Russia’s own attempt to enter the market, the MC-21, is also under development. Brazil’s Embraer is also looking at the market, potentially basing a larger aircraft on its existing E195 design.

The stakes in the market are very high. The 100+ seat narrowbody market is valued at as much as USD1.4 trillion over the next 20 years, approximately 40-45% of the total value of the global aircraft market. It has been almost exclusively the domain of Airbus and Boeing for the past 20 years, with the A320 family (introduced in 1988) and the B737NG (introduced in 1998, replacing the B737 ‘Classic’ family, introduced in 1981) recording more than 10,000 orders between them.

Bombardier President & CEO, Pierre Beaudoin, launched a broadside at Airbus and Boeing this week, labeling their push for Bombardier to comply with a financing agreement between the two manufacturers as both “protectionist” and “questionable from the standpoint of international law on competition”.

The agreement, known as the "Country Home Rule", prevents Airbus and Boeing from using their home market export credit agencies (ECA) to guarantee the financing of aircraft sold to customers in each other's home markets. The agreement had not previously been a concern, as Bombardier did not have aircraft that directly competed in the same markets as the two larger manufacturers.

Speaking to The Canadian Press the Bombardier President and CEO argued that if this “gentleman’s agreement” was extended to apply to Bombardier, it would prevent the manufacturer from using Export Development Canada (EDC) funding guarantees for the its new 110-150 seat CSeries aircraft from US and European customers.

Applying the Country Home Rule would cause little pain for Boeing and Airbus, as Canada is a relatively minor market. But for Bombardier, being unable to access ECA financing guarantees in such major markets as the US and Europe could be disastrous. Beaudoin has labeled the situation as “a bit ridiculous”.

The CSeries is “on track” for a 2012 test flight and late 2013, according to Bombardier Commercial Aircraft president, Gary Scott. But, the aircraft has just 50 firm orders from two customers (Lufthansa and Lease Corporation International), and while interest in the aircraft remains high, it has not translated into orders. Bombardier expects order activity to pick-up as GDP growth returns, and hopes to win as many as 3,000 CSeries orders over the next 20 years, which would give it a 12-15% share of the narrowbody market.

Bombardier promises a 15% cost advantage and 20% fuel burn reduction for the new jet, much of which is based on using the new PW1000G engine. However, there is increasing evidence that both the larger manufacturers will adopt new technology engines for their narrowbodies beyond 2015 or 2016. This could potentially evaporate Bombardier’s competitive edge.

Boeing and Airbus also have scale and time on their side. There are more than 4,000 A320/B737 orders still outstanding, ensuring that the existing narrowbodies will dominate the market for a considerable time to come. New narrowbody designs will not emerge from either large manufacturer until 2024, or beyond.

Also waiting in the wings are the C919 and MC-21, which are both scheduled to enter service around 2016. Although these aircraft are currently an unknown quantity, both feature new engines and will undoubtedly find customers in their substantial home markets. C919 manufacturer, COMAC, ambitiously expects to deliver 2,000 of the type in 20 years.

Beaudoin’s remarks follow on from earlier commentary from Bombardier that Airbus and Boeing are attempting to deny them a level playing field in international aircraft manufacturing.

In a separate issue, both the EU and the US, backed by their respective home manufacturers, have opposed plans by Canada to provide export financing to foreign buyers of the CSeries under rules governing smaller regional aircraft.

Canada has classed the CSeries as a Category 2 regional jet, instead of larger Category 1 aircraft. Under the 2007 OECD Aircraft Sector Understanding, this would allow access to more advantageous public funding terms for the aircraft. Financing for Airbus/Boeing aircraft is governed by another set of rules, and the relaxed rules would “distort competition”, as the regional jet and narrowbody markets had not previously overlapped.

According to the OECD, member states are now reviewing the two-tier set of financing conditions for large and small aircraft. Meetings regarding the rules commenced on 01-Feb-2010, with representatives from the EU, US, Brazil, Canada, Japan, Russia and China attending. The objective is to adopt a new understanding, covering all OECD members, by the end of 2010. 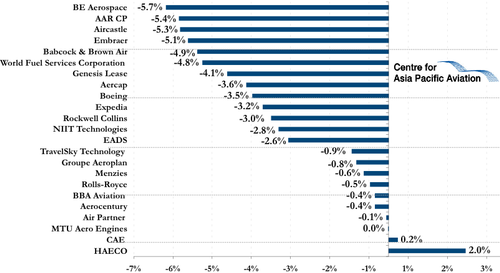