Boeing takes another step to get B787 production in order, Airbus banks a few more orders

In another step to consolidate the extended B787 supply chain, Boeing announced it has acquired Alenia North America's 50% stake in Global Aeronautica, which operates a major fuselage subassembly plant for the B787. Boeing already owned 50% of the company and is now the sole controlling shareholder.

Global Aeronautica’s operations are adjacent to the Boeing Charleston site, recently acquired for USD1 billion from Vought, and it shares the 240-acre campus. These two major facilities will be joined by a third major building for a new final assembly line, which Boeing is currently constructing.

The buyout of Alenia North America, a subsidiary of Italy's Finmeccanica, is an important step in Boeing’s consolidation of control of the B787 programme and the second B787 assembly line. After a long run of industrial relations problems at its plant in Everett, Washington State, Boeing announced in Oct-2009 that the second production line would be based in South Carolina. Construction of the new plant commenced in Nov-2009.

Until the second B787 assembly line is brought on line, Boeing will establish transitional surge capability at its home in Everett. The manufacturer plans to eventually ramp up overall production to ten B787s per month.

The second B787 test aircraft took to the skies for the first time yesterday, painted in All Nippon Airways livery, marking an another important milestone in the test programme, which will continue at a rapid pace through the new year. While the two and a half year delay to the aircraft may have been quietly welcomed by most airlines during the worst of the economic crisis, as aircraft financing dried up and carriers slashed capacity and deferred other deliveries, some airlines have clearly been more affected than others.

Speaking to Bloomberg, Air New Zealand CEO, Rob Fyfe, stated this week that the carrier has been affected more by delays in the production of the B787 than the global financial downturn, forcing it to adjust its strategy and review all aircraft leases. The carrier has also been unable to launch new routes and has had to pay higher maintenance costs due to its continued use of a number of older aircraft.

Airbus is ending 2009 on a high, and has almost closed in on its gross order target of 300 aircraft for the year. On Tuesday, Malaysia Airlines (MAS) and Airbus signed an MoU covering the order of 15 A330-300 and purchase options for another ten.

The agreement brings Airbus’ total for the year to at least 240 orders, although the company has also suffered 31 aircraft cancellations this year.

Malaysia Airlines has also entered into an agreement with stakeholder, Penerbangan Malaysia Berhad (PMB) to take over its order for six A380 aircraft. MAS is expected to receive one A380 monthly, beginning in Aug-2011. Deliveries are expected to be completed by Jan-2012.

Airbus has been quietly ticking off some major production milestones over Dec-2009. At the beginning of the month, it announced the first composite lay up for the A350 XWB’s centre wing box. On 11-Dec-2009, it completed the first test flight of its A400M, critical if the programme is to survive the current European political wrangling over its future. More good news came from Airbus’ new A320 assembly line in Shanghai, which announced it would hit its delivery target of 11 A320 family aircraft this year. 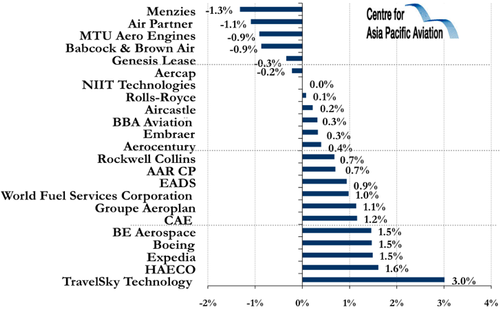