Boeing monitors effect of Japanese earthquake on key B787 suppliers

Boeing stated the Japanese earthquake and tsunami may have affected some of its suppliers, including those for the B787 programme. More than a third of B787 parts are manufactured in Japan, and Japanese suppliers also provide parts for the B777 and B767.

In aerospace shares, United Aircraft Corp shares fell 3.4%, while Safran shares dipped 3.1%. Bombardier was among the few upward movers, up 0.5%. 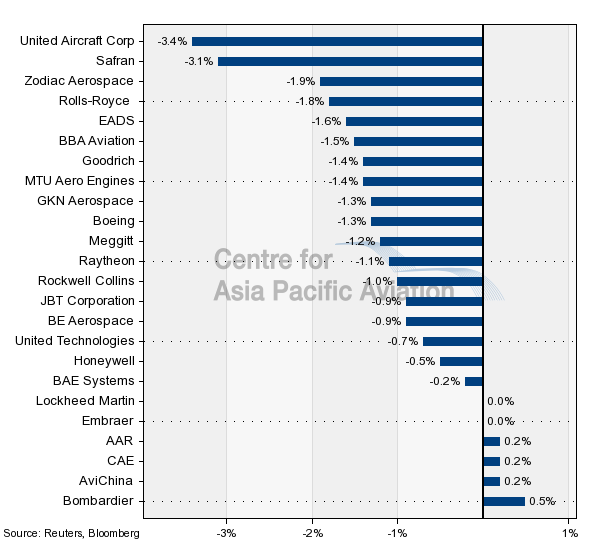