All Nippon Airways reported a 20% fall in domestic traffic and a 9% fall in international passenger numbers in Mar-2011, giving an early indication of the damage the earthquake and tsunami has done to the carrier's business. Load factors were down 15 percentage points on domestic services and 16ppts on international routes. ANA shares were down 1.3% on Monday, in a mixed day for Asia Pacific airline stocks.

Delta Air Lines President Edward Bastien has reported the Japanese earthquake and tsunami cut the number of passengers travelling with Delta through Asia by around 25%. Delta had previously seen USD2 billion p/a of revenue from Japan, but Mr Bastion believes that the Japanese economy and passenger traffic to/from Japan will recover "faster than people anticipate".

Vietnam’s Ministry of Transport announced the list of possible equitisation advisers put forward by Vietnam Airlines has caused concerns as there were several candidates not on the Ministry of Finance’s approved list. In 2008, the government agreed to equitise Vietnam Airlines and sell 20% of its stake to foreign partners. However issues such as difficulty in the fixing price of consultancy bidding packages and problems with the listed candidates, would continue holding back the carrier’s IPO plans unless the Prime Minster steps in. 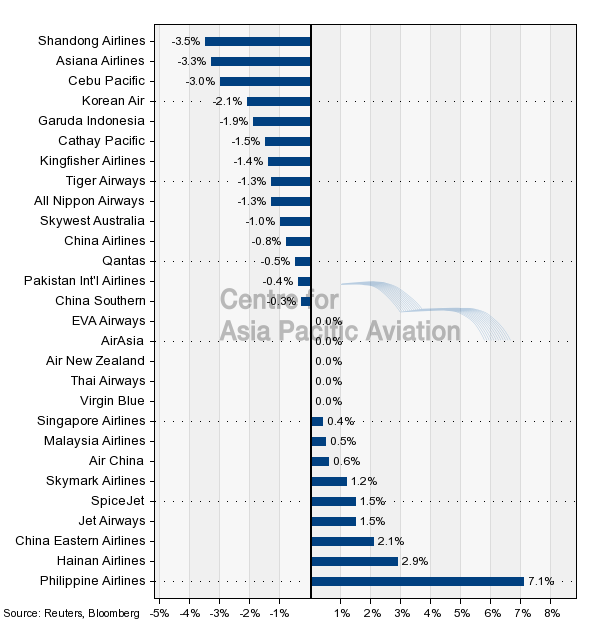