A&F Aviation Co, the LCC JV being established by All Nippon Airways, has submitted documents required for an Air Operators Certificate application to the Japanese Civil Aviation Bureau. This is the first of a number of milestones for A&F Aviation as it accelerates its start-up activities in preparation for the proposed launch of commercial services from its home base of Kansai International Airport.

The carrier plans to launch services to Sapporo/Shin-Chitose and Fukuoka no later than Mar-2012 and Seoul Incheon in May-2012 using A320-200 aircraft, configured with 180 seats. A announcement is due in May-2011 detailing branding for the carrier. A&F Aviation is 33.4% owned by ANA. The remaining 66.6% stake is split equally between First Eastern Investment Group and public-private investment fund Innovation Network Corp.

bmibaby announced it plans to cease all operations at Manchester and Cardiff airports following the summer 2011 period. The LCC operates 13 routes and bases two aircraft at Manchester. The LCC attributed the decision to the “economic climate”, adding it will focus on areas with strong growth opportunities. The LCC announced plans to base two additional aircraft at Belfast City Airport and launch seven new routes for summer 2012. bmibaby also announced plans to grow at East Midlands Airport and Birmingham Airport, with a additional aircraft at each base. 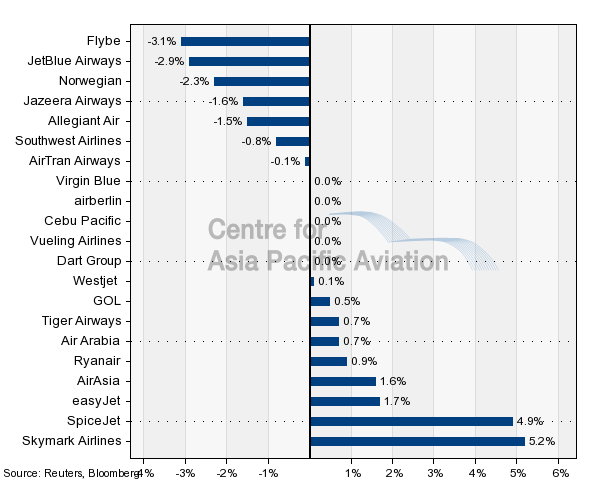