Amid the host of cancellations and postponements of airport construction activities, some airport privatisation activity continues, and across continents.

In Kazakhstan, Almaty Airport will be taken over by Turkey’s TAV Airports in 3Q2020. In Japan, where the privatisation of one airport (Hiroshima) was recently put back, but only by three months, another one has been fully privatised as of 01-Jun.

Meanwhile in Brazil, a continuing issue which arose out of an earlier round of privatisation there looks as if it will be resolved by way of re-tender, while an emasculated Infraero is left with small rural airports to manage and mentor.

The first of Hokkaido’s airports – and the most important one – is privatised, and on time

The most significant event is on Hokkaido Island in Japan, where Hokkaido Airports Corporation (HAC) began full scale private operation of Sapporo Chitose Airport on 01-Jun-2020.

The seven Hokkaido airports are a major plank of the privatisation process in Japan and were bundled together under the brand ‘One Hokkaido’.

'One Hokkaido' branding: airports grouped together

However, Sapporo is the most significant of them by some margin. 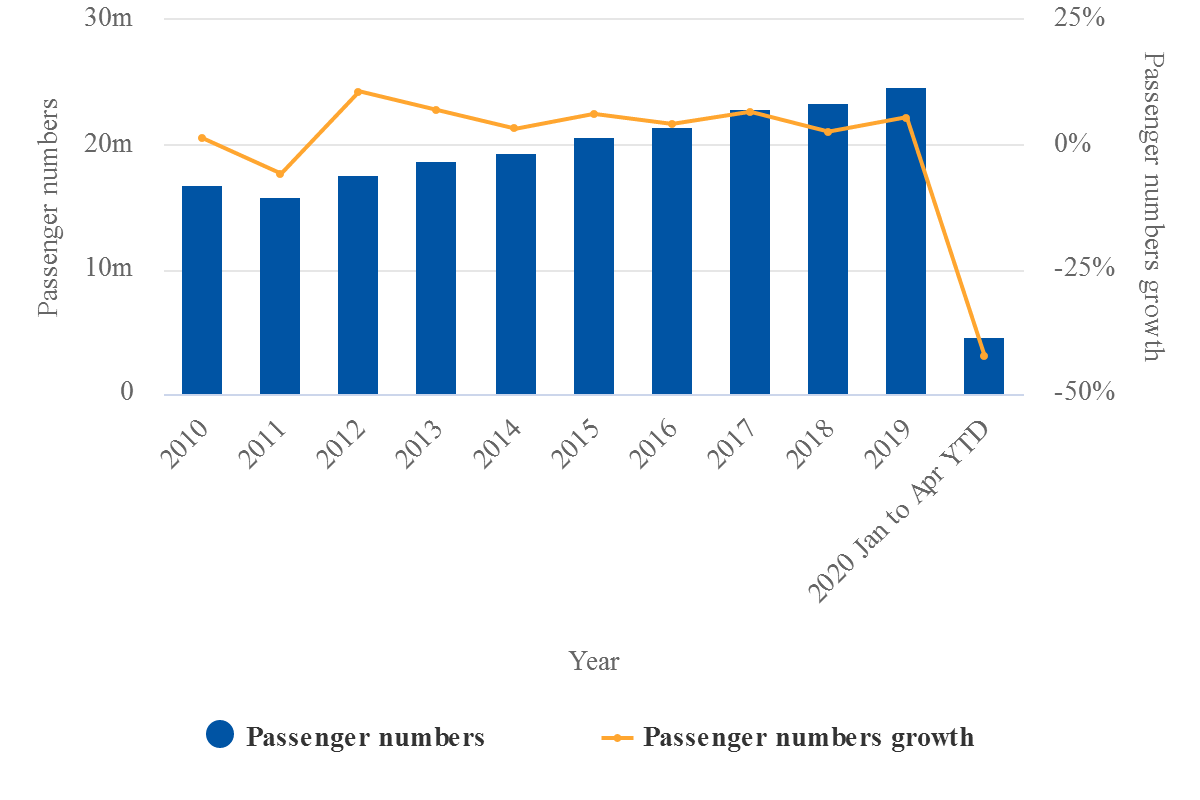 Each of the airports was marketed on the basis of their ability to attract individual tourist-based route operators.

MLIT set a JPY72 billion (USD686.3 million) minimum bid price for its package privatisation tender for the seven Hokkaido airports, representing JPY2.4 billion (USD22.9 million) per annum over the 30-year term of the concession contract. ADP International (Groupe ADP) and Vinci Airports both expressed interest in participating in the tender.

Other bidders included ‘Hokkaido Airports’ (HKK) – a consortium of Mitsubishi Estate, Tokyu Corporation and Development Bank of Japan, which was joined in Apr-2018 by Mitsui Fudosan and Mitsubishi Corporation. This was eventually the successful bidder.

The selection of priority rights holders was scheduled for Jun-2019, with the seven airports scheduled to start private operation in 2020, which is what has now happened.

Having sat on a privatisation process for its airports for many years Japan is now sticking exceptionally firmly to its own deadlines.

A further six to be privatised by Mar-2021

HAC is scheduled to begin private operation of Asahikawa Airport in Oct-2020, and Obihiro Airport, Hakodate Airport, Wakkanai Hokkaido Airport, Kushiro Airport and Memanbetsu Airport in Mar-2021. There is nothing to suggest that those target dates will not be met.

The concept of privatisation as a “good thing” in Japan is broadly agreed upon by political parties. There is common ground and a common purpose: to increase tourism.

That is not the case among the public, though, in places like Hokkaido, where smaller airports were considered to have the possibility of being closed. The government urged closer cooperation between itself and local communities ahead of the airport privatisation project, and insisted that both parties need to have a supportive attitude towards it.

The other major development is finalisation of the takeover by TAV Airports of Almaty International Airport in the world’s largest landlocked country, Kazakhstan, which is expected to be completed in 3Q2020 (although it was initially scheduled for Jan-2020).

TAV Airports plans to invest USD150 million to USD200 million into the construction of a new terminal and the upgrade of infrastructure after the takeover, which is currently one of the few positive news items on airport construction.

Moreover, it is likely to start almost immediately. Airport capacity is expected to double to 14 million.

On 07-May-20 TAV Airports had announced the signing of a share purchase agreement for the acquisition of 100% of Almaty Airport shares and the associated jet fuel and catering businesses for an enterprise value of USD415 million.

The acquisition is made by a consortium comprising TAV Airports and VPE Capital – a specialist Emerging Market (but not particularly airport) asset manager focused on investing institutional funds to enhance risk-weighted return, with a focus on the geographies in the CIS region. It has invested approximately USD1 billion into Russia and Kazakhstan since 2014.

Corruption has long been an issue in the Central Asian republic, but a 2017 OECD report on Kazakhstan indicated that it had reformed laws with regard to the civil service, the judiciary, instruments to prevent corruption, access to information, and prosecuting corruption.

Kazakhstan has implemented anticorruption reforms that have been recognised by organisations like Transparency International. 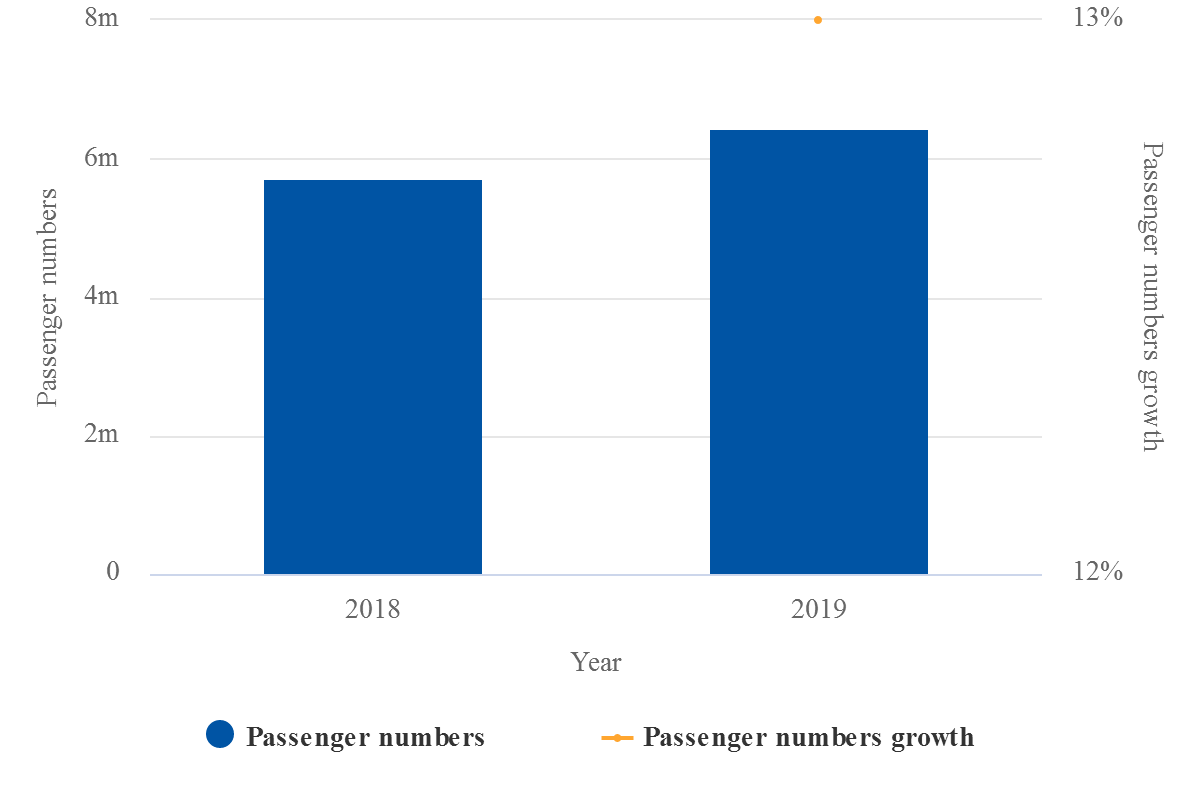 Hasty forecasting partly responsible for a re-tendering of Brazilian concessions

The news emanating from Brazil is also of deals, but not of such evidently positive ones.

On 26-May-2020 Brazil’s regulator ANAC approved the technical viability for the re-tendering of Campinas Viracopos Airport and Natal Aluízio Alves International Airport concessions, two of the earliest ones in the privatisation process there.

In Mar-2020 Inframerica and Aeroportos Brasil Viracopos requested the return of the concession. With more privatisations scheduled by way of further tranches, this comes as a reminder that traffic forecasts can easily be overestimated, which was the problem in both cases.

Separately, the state operator Infraero, the role of which has been reduced considerably, signed (31-May-2020) a contract with the Government of Guaruja according to which Infraero would administer Guaruja Airport over the next 12 months.

Infraero will have the target of enabling the airport to handle commercial services. Projects include structural analysis of the runway, apron and passenger terminal, and the review and development of updated technical documentation. Infraero plans to certify the airport for ATR 72 sized aircraft, followed by the certification of Boeing 737-700 sized aircraft at a later phase of improvements.

This would appear to be Infraero’s role now – readying small but growing regional airports so that they might be privatised, and thereby undermining its own role even further.