The Association of European Airlines and the US Air Transport Association (ATA) have teamed up to lobby against proposed US legislation that would force airline alliances seek antitrust immunity every three years.

The ATA stated the move "could destroy...public benefits, such as competitive fares and new routes, by withdrawing previously granted rights for carriers to participate in alliances."

The Chairman of the House Committee on Transportation and Infrastructure, Rep. James Oberstar, has called for a rewrite of regulations covering airline alliances, citing their dominant position in the commercial aviation market.

In a speech to the International Aviation Club earlier this week, Oberstar stated, "I have become increasingly concerned with the decline of competition in international markets, particularly between the US and Europe. These markets used to be served by a substantial number of carriers from European countries, and the US. Increasingly, the market has come under control of three alliances composed of one or more US carriers and several European carriers".

Shares in oneworld carriers, which are seeking anti-trust immunity for their alliance across the Atlantic, fell yesterday. Finnair and British Airways both eased 3.6%, while in the Asia Pacific region, Qantas shares eased 0.6% (despite announcing a purge of executive numbers) and Cathay Pacific fell 1.4%. 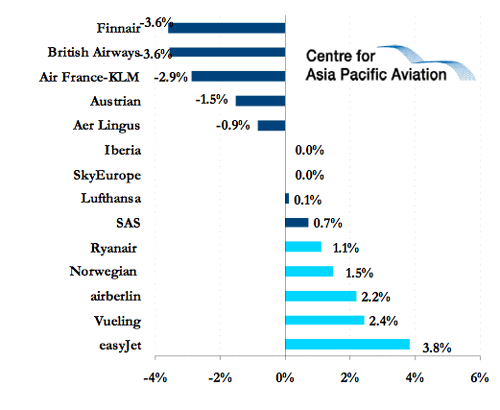 American Airlines bucked the trend however, rising 4.7% in a strong session for US carriers. 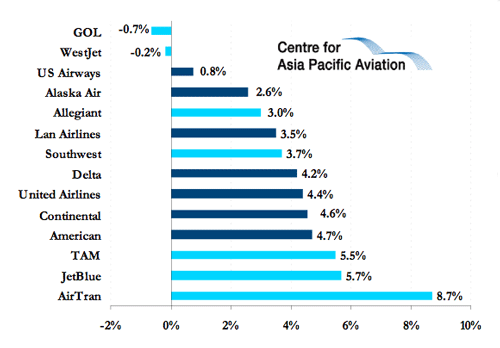