AirAsia X preparing a raid on the US air market

AirAsia X’s publicity stunt in California last week has certainly raised the desired media attention in the US. The airline is sponsoring the Oakland Raiders NFL club and flew an A340 aircraft painted in Raiders livery to Oakland International Airport with airline executives, staff and media on board.

The aim of the sponsorship is to build brand awareness in the US prior to AirAsia X’s launch of services there (no date has been set), so the route is not as reliant on home market traffic. It is a strategy that worked well with AirAsia’s sponsorship of Manchester United football club, which preceded its launch of services to Stansted by four years.

Stansted was selected because of the presence of other European LCCs, which provide opportunities for significant traffic ‘feed’, according to CEO, Asran Osman-Rani, even though no formal relationships exist between the carriers.

In the US, AirAsia X is interested in any airport in southern California (“except Los Angeles International”) and the New York area that can offer quick turnaround times and attractive rates. Azran stated Oakland is of particular interest as it is a major base for Southwest Airlines.

AirAsia X would serve the US West Coast from Kuala Lumpur via Taipei, Incheon or Honolulu and the US east coast via Stansted. 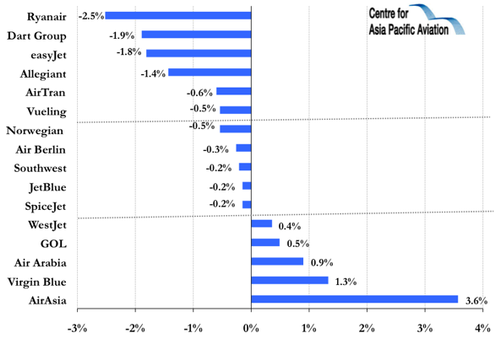