A year of growth for Allegiant in 2009

Airline shares were in positive territory yesterday, as carriers are reporting better-than-expected Dec-2009 traffic data (so far United Airlines, Continental, Alaska Airways and Allegiant have reported traffic results, with the remaining US carriers to report either this week or next).

Allegiant (shares up 3.5% yesterday), which has been robust throughout the global economic slowdown, saw an improvement in scheduled passenger load factors in Dec-2009 (up 2.3 ppts to 87.9%), after six consecutive months to reductions (although load factors remained above 89% during the period, with a full year load factor average of 87.5%, up 0.4 ppts year-on-year). 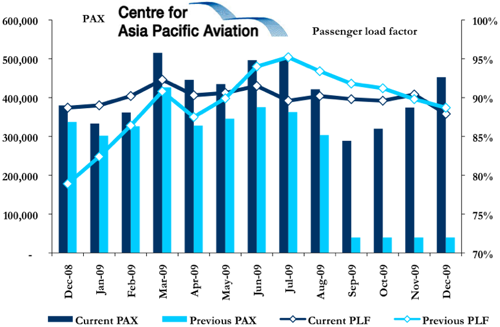 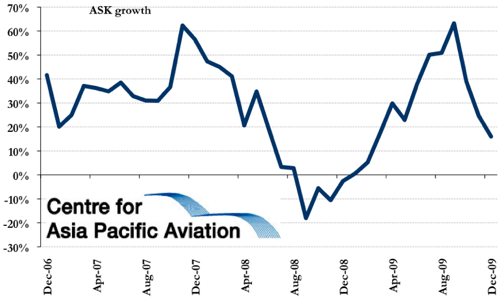 Also in the US, JetBlue’s shares gained 5.4%, as the carrier kicked off the expansion of services at San Francisco International Airport with the addition of new flights to Boston, Long Beach and New York.

Together with its recently added nonstop service to Fort Lauderdale, and its daily service to Austin, Texas, JetBlue now offers 11 daily departures from SFO. 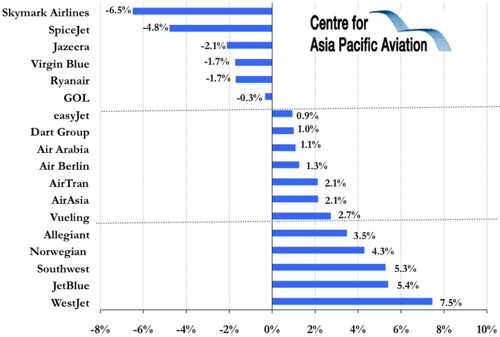