Allegiant Air on 29-Jun-2012 will realise its ambition for Hawaii services with the launch of thrice-weekly services to Honolulu from its Las Vegas hub and then weekly Fresno-Honolulu service on 30-Jun-2012, both on 757-200s, according to schedules filed in global distribution systems. Allegiant first announced in 2010 its intentions to serve Hawaii, but has been involved in a protracted effort to acquire aircraft with the range to make the flight and also regulatory approval for ETOPS operations. Allegiant in Mar-2012 had reaffirmed its commitment to launch Hawaiian services in Jun-2012 and will just barely achieve that, launching a month into the popular northern hemisphere summer season.

Allegiant had acquired six 757-200s, complementing its existing fleet of MD-80s workhorses, for Hawaiian services but during the extended regulatory process leased two of the aircraft out. Local reports indicate that Allegiant is still awaiting final approval that will be contingent on ETOPS proving flights to be performed in the coming weeks.

Allegiant's initial Las Vegas capacity – 651 one-way seats – is small both for the Las Vegas and larger US market. Hawaiian Airlines is the sole current operator between Las Vegas and Honolulu, operating in Jul-2012 double daily 294-seat A330-200 service and thrice-weekly 264-seat Boeing 767-300 service for a total of 4644 weekly one-way seats.

In the larger mainland US-Hawaii market, Allegiant's roundtrip 1736 weekly seats will initially hardly compare with American Airlines, Delta and United, which intend to operate between 22,000 and 33,000 weekly seats from Honolulu to the mainland.

Allegiant's entrance is unlikely to deliver long-term fare decreases on other carriers given Allegiant's low-cost base targeting a different sector than Hawaiian Airlines, which is full service with complimentary meals and checked luggage for all passengers, or even American, Delta or United, which offer perks to elite frequent flyers and have large frequent flyer programmes to woo passengers with. Allegiant's low fares typically open new markets and segments that would not fly on existing carriers. 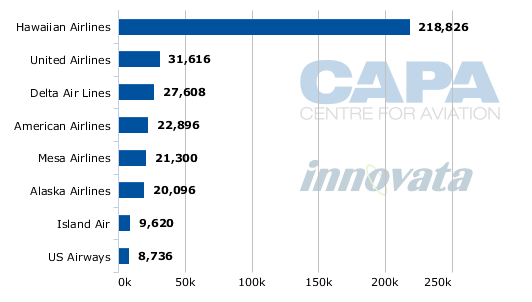 The hub for Hawaii flights, with Honolulu the main Hawaiian port, is at Los Angeles, where four carriers will offer capacity this summer. Additional capacity is available to other Hawaiian airports. 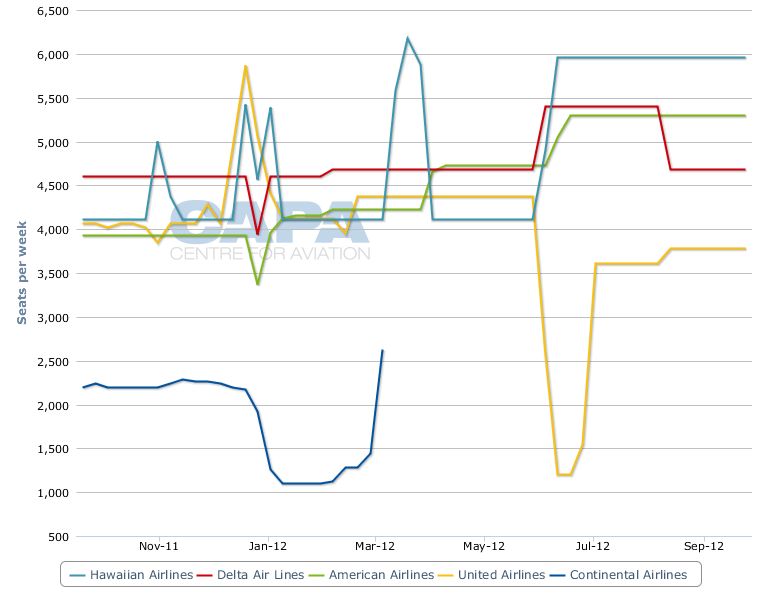 North of Fresno in the San Francisco Bay Area, where Allegiant will seek to woo passengers from, United leads in Honolulu capacity from San Francisco while Delta and Hawaiian are also represented. Hawaiian is also represented at Oakland, as is Alaska Air. As at Los Angeles, carriers also operate services to other Hawaiian airports from the Bay Area. 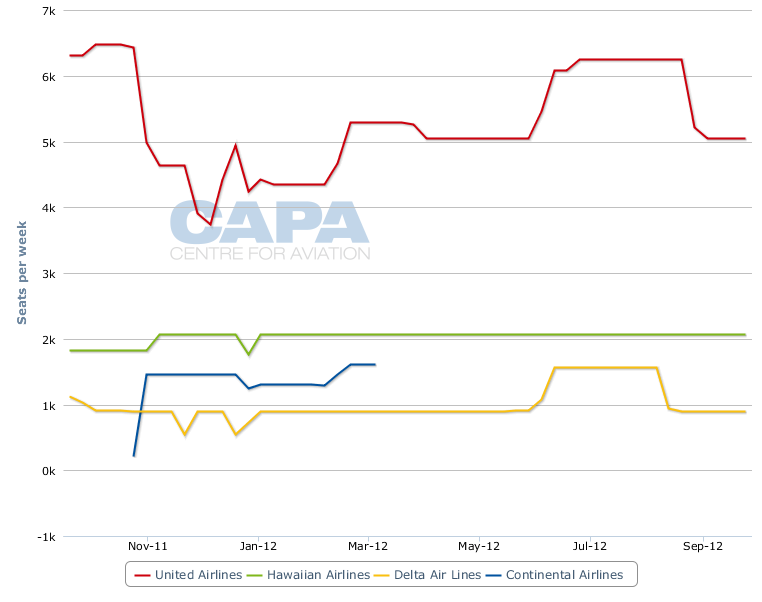 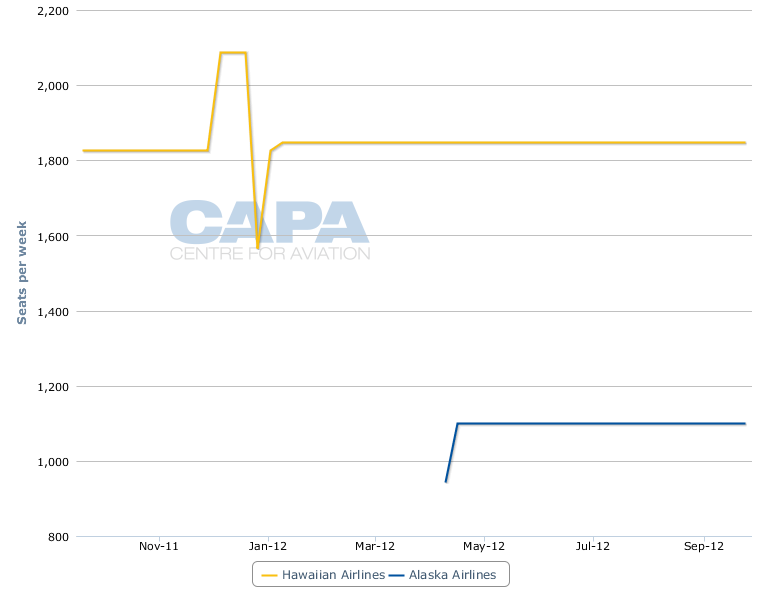 Allegiant has also expanded services to Florida's Punta Gorda, which this summer season it already planned to serve from Greenville and Knoxville with twice-weekly service, and from Lexington with four-weekly service.

This summer Allegiant will add twice-weekly service from Fort Wayne (from 28-Jun-2012), Niagara Falls (29-Jun-2012), Peoria (28-Jun-2012) and South Bend (27-Jun-2012). All Punta Gorda services are operated by MD80s. Allegiant is currently the only operator at Punta Gorda following the suspension of services from Direct Air. The airport is an alternative to Fort Myers, approximately 30 miles away.