The ongoing World Trade Organization case brought by the US against the EU over launch aid for Airbus could see a preliminary ruling as early as the end of August this year, according to Boeing. The US challenges that EU Member State co-financing of development of new Airbus aircraft, known as “reimbursable launch investment”, violates WTO rules and represent an illegal subsidy.

Direct and indirect government support for the aircraft industry was regulated by the 1992 bilateral EU-US Agreement on Trade in Large Civil Aircraft, but the US chose to withdraw from the agreement in 2004. Following its withdrawal, the US made its legal challenge, but was met with return fire from the EU, which launched its own counter case, challenging various US State subsidies benefiting Boeing. A ruling on that case is now expected in the first few months of 2010.

The rulings have the potential to settle some of the tensions that have been building on both sides of the Atlantic. Boeing stated that it hopes both the EU and US will accept the WTO decision and end aircraft subsidies to resolve the long-running dispute.

However, there is another twist in the tale as Airbus is in the early stages of its A350 development programme and is currently in the middle of negotiations for approximately EUR3.3 billion in launch aid to support the new aircraft. The A350 is expected to need EUR10-11 billion in financing to get off the ground. With the effect of the downturn hitting both Boeing and Airbus hard, this would sorely press Airbus if it was forcibly removed from support by EU Member States.

However, with the WTO decision now looming close, US Trade Representative, Ron Kirk, stated he was “hoping the governments won't do something precipitous before the WTO decision". The US made it clear in late June that it would go back to the WTO to oppose support for the A350. EU states have made it equally clear that they fully intend to support Airbus and its new aircraft.

With the closing of one round of the EU-US battle, another could just be beginning. 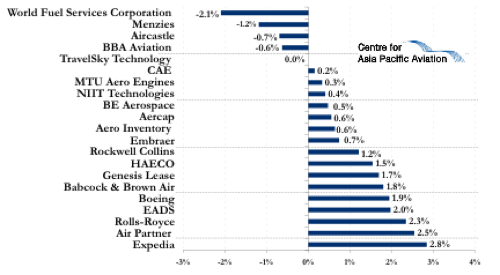