The interim confidential findings by the World Trade Organisation panel on DS 353, the complaint brought by the EU against alleged US government subsidies to Boeing has been handed down. The full report is not due to be made public until 2011, but this hasn’t stopped parties on both sides of the Atlantic claiming victory, in one form or another, in the case.

Europe alleges that Boeing received USD23.7 billion in illegal aid, mostly in the form of US federal and state tax breaks, as well as various production and research contracts from US federal agencies such as NASA and the Department of Defence.

Boeing responded to media reports, stating that if they were accurate then “some USD3 billion of the EU's claims were upheld by the WTO” three quarters of its NASA subsidies  “were found to be wholly compliant with WTO rule”, presumably meaning the other quarter weren’t. In Boeing’s opinion, the ruling “amounts to a massive rejection of the EU case and confirms that European launch aid to Airbus stands as the single largest and most flagrant illegal subsidy in the aerospace industry”.

For its part, Boeing seems more comfortable attacking EADS/Airbus and the reimbursable launch-aid mechanism than it does defending its position. Even though it insist the two WTO cases are not related, and will not countenance bilateral negotiations to resolve the issue, Boeing’s response immediately compared DS 353 to the DSA 316, the 2004 US case against subsidies supplied by European governments (specifically France, Germany, the UK and Spain).

The ruling on that case, DSA 316, was handed down in Jun-2010. Both sides again claimed that the ruling vindicated their positions, drawing what they wanted to from the massively complex 1,900-page document.

Boeing claimed "launch aid" granted by European governments was “illegal and damaging” and that prohibited subsidies for the A380, estimated at USD4 billion by Boeing, would have to be withdrawn “without delay”. Airbus fired back, claiming that that ruling found that European launch investment nor other measures caused “material injury” to US interests ruled illegal.

Both have since appealed certain elements of the ruling.

Boeing is putting its trust in the WTO rules processes and its dispute-resolution procedures. It wants Airbus to restructure how it funds its aircraft development – launch aid is not received by Boeing - basing it wholly on commercial terms. Airbus is content to continue to use launch aid, suitably modified to ensure WTO compliance, and will do so for the A350 XWB. In Airbus’ opinion, the two cases need to be taken together and only then can the dispute be resolved.

IN trading yesterday, EADS shares fell 1%, while Boeing shares were down just 0.1%. 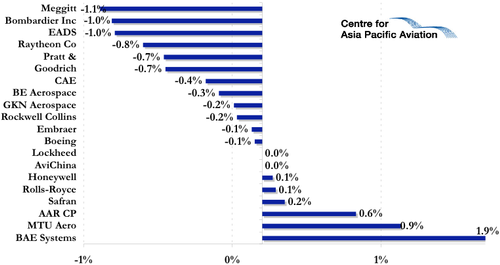 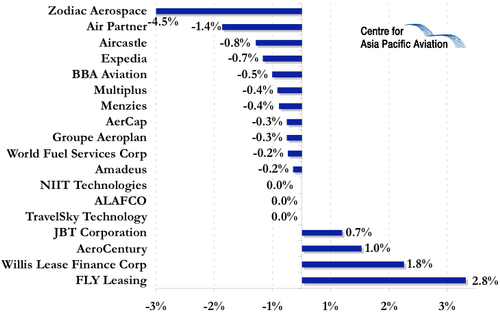