Bombardier is hoping that it will be able to avoid further job cuts, as the company looks to avoid a decision on regional jet production at its Montreal plant as the economic recovery gains momentum.

Sales of regional and business jets, which account for the majority of Bombardier’s aircraft sales, were among the aircraft categories most affected during the downturn.

A decision on the production rate of the company’s CRJ regional jet is potentially several months away. However, 12 months in delays on the CRJ 1000's flight test programme has not helped matters. Type certification and the first aircraft deliveries are expected to occur in 2H2010.

If Bombardier it is to reduce output again, more job losses will follow. Bombardier hopes that better air traffic demand will lead to stronger ordering for the aircraft, allowing the company to avoid cutting more positions. Activity at the Farnborough Air Show will be critical.

The company is making progress on other programmes, even as it vacillates over CRJ output. Much rides on the new CSeries, which pushes Bombardier into direct competition with Airbus and Boeing for the first time.

While there are now 90 firm orders for the type, including Republic Airways’ order for 40 earlier this year, the aircraft has not been an unqualified success. There have been 76 B737 orders and 18 A320 family orders this year, while Airbus and Boeing mull competitive responses to Bombardier's new challenge. 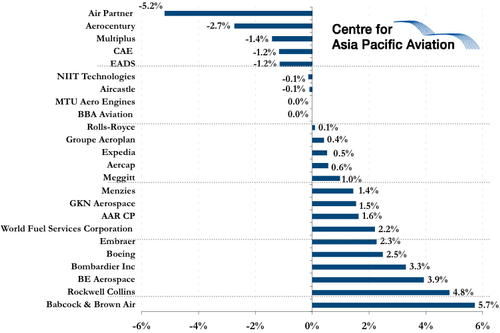