US carriers talk of 2011 plans, mergers and impact of Japan on operations

Shares in US carriers closed lower on Tuesday, with sharp falls seen in American Airlines, US Airways and Allegiant Airlines shares. Executives from US airlines are attending the JP Morgan Aviation, Transportation and Defence Conference and have provided updates on their plans for 2011 and the outlook for the rest of the year. 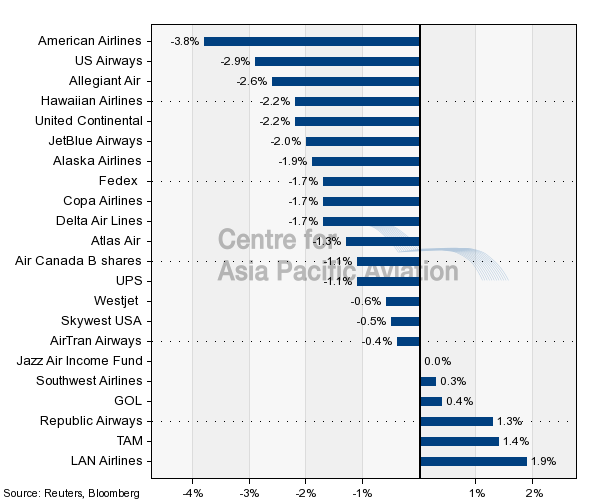