United Airlines, which along with US Airways, tend to be the biggest winners and losers on the Wall St Casino, lost 20.9% of its value on Monday, as investors returned from an obviously frustrating Thanksgiving weekend.

The Dow's ugly 7.7% fall on Monday (the fourth biggest daily fall ever) almost made up for the previous week's record rise in one swoop. US economists suddenly realised what everybody else had known for months - that the US has been in recession for nearly a year and manufacturing results were as bad as most had been fearing. And the airlines suffered badly.

Canada's WestJet is faring better than most, but even though it is still profitable, it is being dragged down by the broad sentiment. 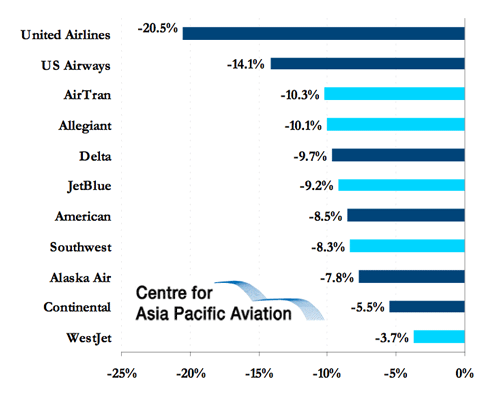