Shares in Australia's Skywest Airlines rose 8.7% yesterday, after the carrier reported a modest increase in net profit for the six months ended Dec-2010. Revenue grew 17% year-on-year, while EBITDAR was up 4% to USD23.5 million.

Tiger Airways signed a term sheet for the purchase of a 32.5% stake in SEAir for USD6 million from co-founders Iren Dornier and Nick Gitsis, who will hold a combined 7.5% stake in the carrier after the sale. A majority 60% stake of SEAir will still be held by local investors. The deal comes approximately three months after Tiger leased two of its A319 aircraft to SEAir. The parties will now proceed to finalise the definitive sale and purchase agreement for the stake. SEAir will offer short-haul, point-to-point flights within a five-hour flying radius, using A320-family aircraft and crew based in the Philippines. 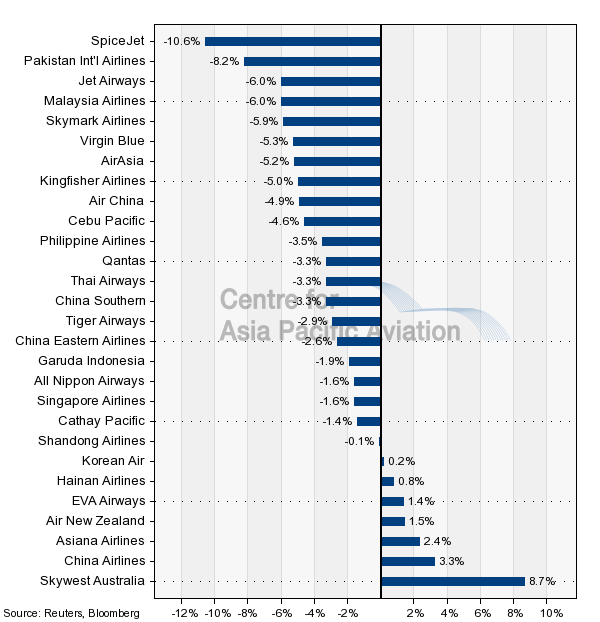