Shares in French aerospace company Thales rose 4.6% at the close of trading yesterday, with the company forecasting a swift return to profit in 2011.

The company expects to report a 2010 operating loss of around EUR100 million, following charges of more than EUR700 million from aircraft contracts and other programmes. Thales reported revenue increased 2% year-on-year to EUR13.1 billion in 2010. The company forecast an even book-to-bill ratio in 2011 and 2012.

UK-based engine manufacturer Rolls-Royce announced it has signed a USD2.2 billion service contract with Emirates covering Trent engines on 70 Airbus aircraft. The two signed a similar contract in Nov-2010 worth 1.2 billion. All of the carrier’s fleet will now be covered by the Totalcare service package. Rolls-Royce shares ended the day flat. 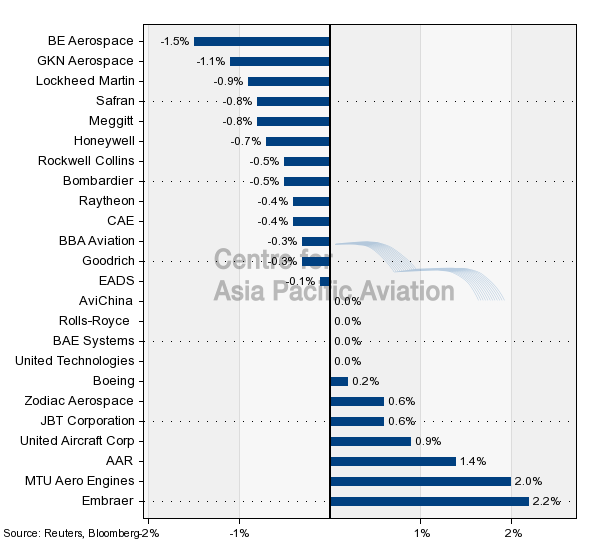