Late on 27-Aug-2010, Southwest confirmed it had reached an agreement with United Airlines and Continental Airlines, under which the US LCC would lease 18 pairs of take-off and landing slots during peak and off-peak travel times at Newark Liberty International Airport.

The slots would enable the carrier to double the number of services to the New York City area. Southwest already operates eight daily services from LaGuardia, and 21 daily services from Islip Macarthur Airport on nearby Long Island. New York represents just a small part of Southwest's total business, but has significant potential for growth according to the LCC.

The leasing of the first of the 18 daily slot pairs will begin in late Mar-2011 and the leasing arrangement will be fully implemented in Jun-2011. Continental and United operate 442 daily round-trip flights into and out of Newark Liberty, with the lease deal contingent upon the closing of the Continental and United merger by 30-Nov-2010, and certain governmental approvals. The slots are spread throughout the day and would allow Southwest to integrate Newark into its national route network

Southwest Airlines Executive VP Strategy and Planning, Bob Jordan, commented: "We are excited by the opportunity to initiate service from Newark, New Jersey, and we plan to enable that service starting next March through continued flight schedule optimisation using our existing fleet. We've seen tremendous demand for Southwest Airlines in the New York City/Newark area in the past year ... Adding Newark provides an excellent complement to our LaGuardia and Long Island service ... This service also will provide a needed injection of low fares and competition into the New York/Newark market." 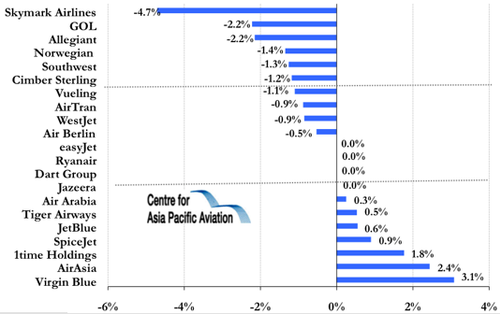