Virgin Atlantic Airlines founder and President, Sir Richard Branson, is considering selling part of his stake in Virgin Atlantic, according to a report in The Financial Times. The carrier’s long-term “stability” depends on an alliance partner.

Sir Richard stated his preference would be to keep control of the carrier and he has not determined whether Virgin Atlantic will need to look at “more than an alliance”. The carrier is reportedly weighing up membership in an airline alliance.

Deutsche Bank has been appointed to review the carrier’s options. Virgin had been strongly opposed to a tie-up between British Airways and American Airlines, which recently received antitrust approval from the US.

Elsewhere, Iberia CEO, Antonio Vazquez, announced the carrier plans to focus on expanding its long-haul network this year, but is still open to new acquisitions. British Airways and Iberia are due to merge this year, under the International Consolidated Airlines Group (IAG) vehicle. British Airways has already stated that IAG could target up to a dozen acquisitions.

Shares in Iberia were up 0.3%, while British Airways shares gained 1%. Air France-KLM slipped 1.1%. 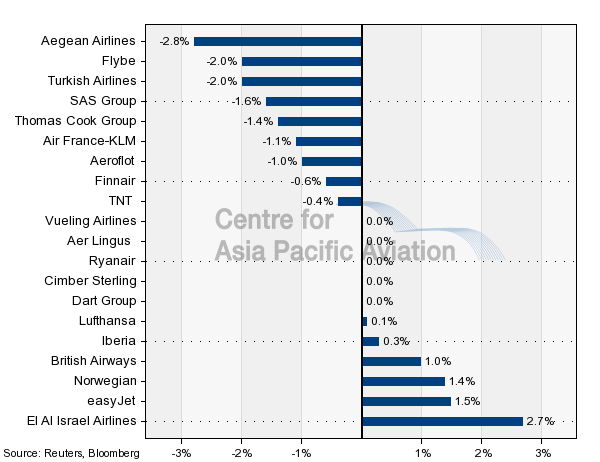