Shares in UK-based regional carrier flybe dropped 2.7% on Tuesday. The carrier listed in 2010 at 295 pence per share, but rose to a high of 343 pence in Dec-2010. For the year to date, flybe shares have declined 3.4%. The carrier suffered losses of at least GBP6 million in the Dec-2010 snow storms, but it is continuing its expansion at regional airports, operating new routes to holiday destinations.

Other European carrier with major movements were Dart Group, the parent of Jet2.co, which rose 2.4% and Norwegian, which saw gains of 2%. 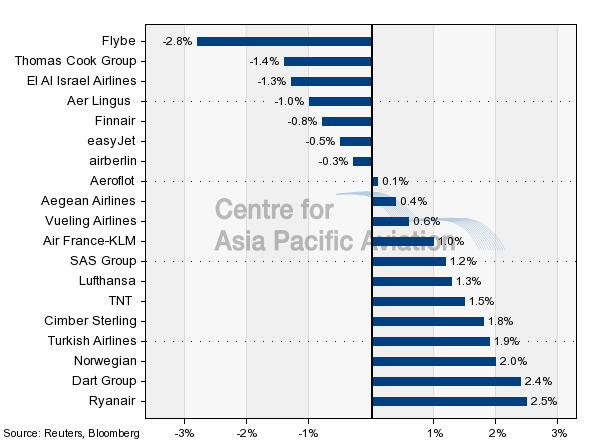