Qantas announced an increase in fuel surcharges for Qantas International services of USD20-50 one-way on Thursday. Its shares rose in response.

It is Qantas' first such increase since Jan-2008. CEO, Alan Joyce stated: "This follows a move by other airlines, including Singapore Airlines and British Airways, who have increased fuel surcharges this year. We don’t do this lightly, and it comes after four fuel surcharge decreases over the past three years."

In statement, the airline noted it had been closely monitoring the situation and "has held off any move on surcharges for as long as possible ... but based on industry forecasts, and our own assessment, prices will, at the very least, remain at their current higher levels”.

Rival Virgin Blue also gained on approval from the Australian Competition and Consumer Commission (ACCC) for its alliance with Etihad Airways. The airlines will cooperate on joint pricing and scheduling of services across their networks.

Elsewhere it was a quiet day across Asia, with many markets closed for Lunar New Year celebrations. 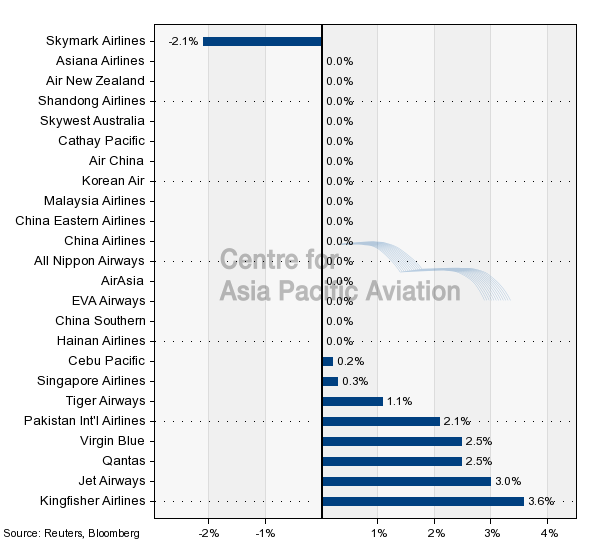