If there is one word to describe Puerto Rico – it is 'resilience'. During the past few years the island has experienced a raft of challenges that have put its resiliency to the test, and by nearly all accounts Puerto Rico, particularly its tourism sector, has risen to the occasion and used the lessons learned to make tourism a formidable force.

Even with seismic activity that struck the island earlier this year, prospects for Puerto Rico’s tourism sector look bright in 2020. There are also opportunities in the meetings and conventions sector, as Puerto Rico’s convention centre is located in a burgeoning district full of hotels and restaurants. The island’s geographic location could grow in attractiveness for meetings and conventions, especially for US meeting planners.

There is no shortage of excitement about the potential for continued growth in Puerto Rico’s tourism sector as its tourism economy has been reimagined.

The challenges Puerto Rico has faced during the past few years include the Zika virus, Hurricane Maria, and more recently the seismic events that occurred in the southwestern region of the island in early 2020.

Yet, according to Alejandro Caicedo Benet, the chief development officer for air, maritime and hospitality for the Puerto Rico Tourism Company, Puerto Rico “has managed to stand up and defend its status as a premier destination. In fact, San Juan airport is expected to reach more than 10 million passengers in 2020, a figure not seen in the last 10 years”. 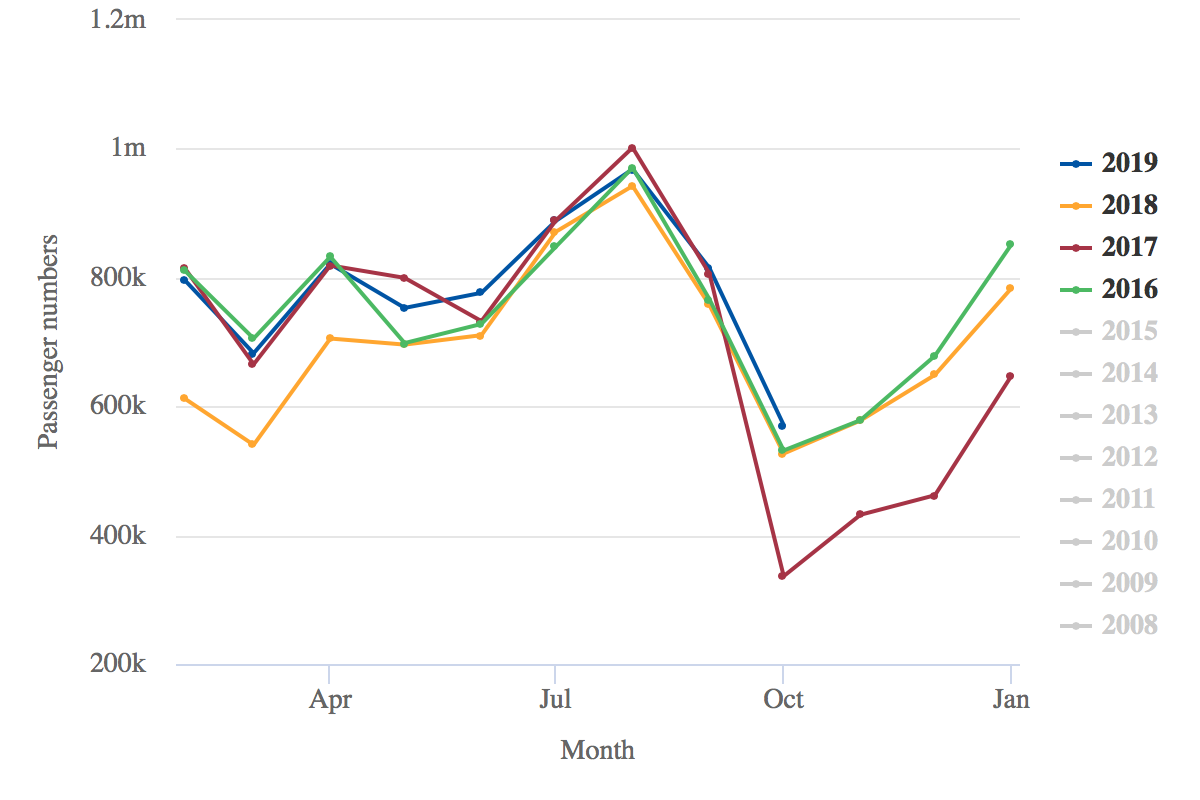 San Juan has regular nonstop service to 45 airports, with 23 in the continental US and 16 in the Caribbean. Additionally, direct flights from San Jun are available to Toronto, Montreal, Bogotá, Panama City, Frankfurt and Madrid.

Recently, the US ULCC Spirit Airlines has been expanding its service to Puerto Rico, and the capacity is “doing quite well for us, actually, from an earnings perspective”, Spirit chief commercial officer Matt Klein recently stated.

“Great opportunities are disguised as impossible situations”, Mr Benet has said. “We have reimagined our tourism economy, positioning it as the poster child for what a strong comeback should look like.”

'Discover Puerto Rico', a newly established destination marketing organisation (DMO), recently declared: “From air access being at an all time high to witnessing notable advancements in the lodging industry, tourism numbers in 2019 surpassed the island’s past high”.

Some of the forces driving those tourism numbers include a refurbished hotel inventory and a pipeline of hotels either under construction or close to breaking ground, said Mr Benet.

Additionally, he said that many of Discover Puerto Rico’s efforts are aimed at the larger theme of distinguishing the destination from other Caribbean islands and emphasising Puerto Rico’s unique amenities, including a rich culture and its cutting edge gastronomy. Bloomberg recently reported that the year 2019 had garnered the highest lodging revenues – year-to-date for Puerto Rico tourism of more than USD953 million.

Discover Puerto Rico said that Puerto Rico’s meetings, incentives, conferences and exhibitions (MICE) sector had shown a tremendous increase in leads during 2019 – which could possibly provide Puerto Rico with an economic impact of approximately USD320 billion during the next six years.

Mr Benet explained that Discover Puerto Rico has a dedicated team to attract the MICE segment, and said that the 600,000sq ft Puerto Rico Convention Centre is the largest and most technologically advanced in the region. The centre also features a 20,000 panel solar array and has other initiatives under way to promote sustainability.

There is also a vibrant urban area around the convention centre. The new District San Juan complex will feature a new micro distillery, a world class restaurant, and an outdoor stage for live music. “More than just a venue, the Puerto Rico Convention Centre is the anchor of a fast growing convention centre district”, Mr Benet added.

“It is important to consider that the island is metaphorical bridge between the US mainland and Latin American markets, strategically located between the Caribbean Sea and the Atlantic Ocean", Mr Benet explained.

Mr Benet said that some attributes that could drive Puerto Rico’s meetings and conventions sector include: no passport requirements for US citizens; the USD is used throughout the island; English and Spanish are official languages; and Puerto Rico is a relatively short flight from many major US cities.

There has also been a lot of collaboration among the Puerto Rico Tourism Company, San Juan’s airport operator Aerostar and Discover Puerto Rico, Mr Benet explained, to ensure that “Puerto Rico constantly improves its positioning both within the industry and the end consumers, while securing steady strong demand”.

Puerto Rico’s tourism stakeholders have embraced the unexpected challenges the island has faced during the past few years and turned them into opportunities to ensure that tourism is in a strong position to prosper, despite those obstacles.

Mr Benet believes the spirit of Puerto Rico’s residents is a major factor contributing to its resiliency.

“We know how to overcome adversity, and we face the challenges,” he said. That grit will continue to serve Puerto Rico well in 2020 and beyond.