Russia’s Moscow Domodedovo International Airport is considering launching an IPO on the London Stock Exchange, according to its management company DME Limited; potentially a risky venture. Meanwhile, Puerto Rico’s drive to lease airports and other infrastructure is gathering speed as the US unincorporated territory prepares to market an offer to lease out San Juan Luis Munoz Marin International Airport.

IMPORTANT – SEE ‘STOP PRESS’ AT THE END OF THIS FEATURE

Moscow's Domodedovo airport operator, the Isle of Man-registered DME, is to launch an IPO in London, joining a long line of Russian firms seeking to tap equity markets. The company did not disclose the projected value of the IPO, but said that investors will be offered the airport's existing shares represented by Global Depositary Receipts (GDRs). One GDR will equal one ordinary share. Goldman Sachs, JP Morgan, Morgan Stanley and Citigroup have been appointed as lead managers.

The firm began pre-marketing on 19-May-2011, with a road show beginning in the week starting 30-May. Pricing is expected to take place on 10-Jun-2011. It is anticipated that a stock-market float could raise up to USD1 billion.

The potential proceeds will mainly benefit the airline tycoon and 100% owner, Dmitry Kamenshchik, who is reputed to be the 86th richest man in Russia with a net worth of USD1.1 billion, according to Forbes magazine. Mr Kamenshchik made his fortune operating freighter aircraft from China to Moscow before deciding to concentrate on airports rather than airlines, taking a 75-year lease on (as Eastline Group) and renovating Domodedovo, and turning it into Moscow’s premier airport at the expense of Sheremetyevo Airport. It handled 22.3 million passengers in 2010.

With an EBITDA margin of 42.76%, and situated in a BRIC country that has so far underperformed its peers but which has considerable economic promise and where distances are vast thus requiring large-scale air travel, the float has the potential to be lucrative but it is fraught with dangers.

Firstly, the fact that the airport was the scene of a suicide bombing in Jan-2011 that killed 36 people. That incident, blamed on Chechen separatists, led to the sacking of several senior staff directly by the Russian authorities, irrespective of the operator’s ‘private company’ status, prompting the question: “Who actually runs it?” In the aftermath the owners were reported to have brought forward the scheme to sell at least part of the stake to foreign investors to protect the airport from a possible nationalisation.

Secondly, Russian IPO candidates have had mixed results in 2011 to date, raising USD2 billion from four successful London floats while suffering five cancellations. One of them was Russian Helicopters, which was to be floated in both London and Moscow. Investors have been reluctant to back company owners seeking to use an IPO as a pure cash-in, such as Domodedovo's Kamenshchik is thought to be, and favouring those seeking to invest the proceeds back into the business. That issue has even more relevance considering the alleged security inadequacies that led to the bombing.

Thirdly, both public and institutional investors in the west have shown reluctance to commit to ex-USSR and Comecon transport infrastructure in the past. One of the best examples was Templin Airport near Berlin and which, in 2006/7 was floated (as Templin Airport Corporation Inc) on the Alternative Investment Market (AIM) in London by a Canadian investment vehicle, Fundmore. The plan was to turn what was a huge Cold War Soviet military base with extensive surface and subterranean infrastructure into a global cargo hub that would work in conjunction with others in North American and China. The AIM float was intended to generate funds to undertake essential preliminary work and fund consultancy projects and was probably a concept ahead of its time.

Failed to attract the public’s imagination

Nevertheless, it failed to attract the public’s imagination and, with the uncertainty created by the German and Brandenburg (provincial) governments, taking more than three years to decide what to do with four airports in the Berlin region, it was removed from the AIM when the issue failed, the Directors incurring substantial personal losses.

Not that such a scenario is likely to influence Russia’s 86th richest man in a country choc-full of nouveau riche billionaires. Likewise, Chelsea FC owner Roman Abramovich has thrown GBP700 million at the purchase of soccer players and has yet to achieve his ambition of winning the European Champions League but remains undeterred, sacking managers with gay abandon. 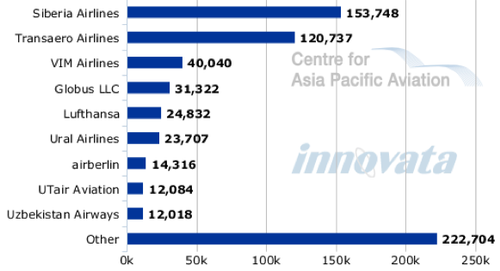 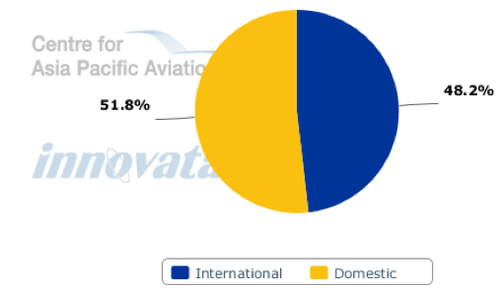 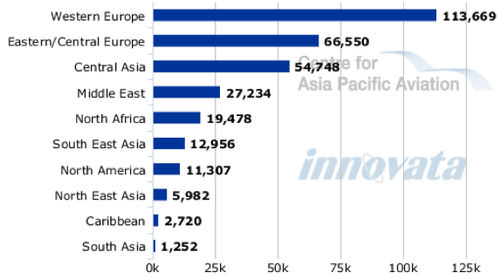 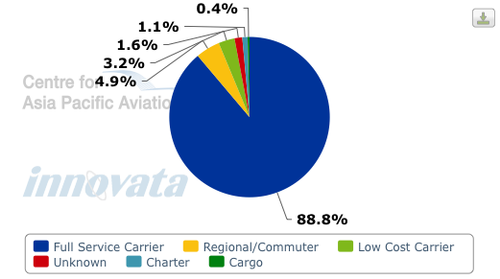 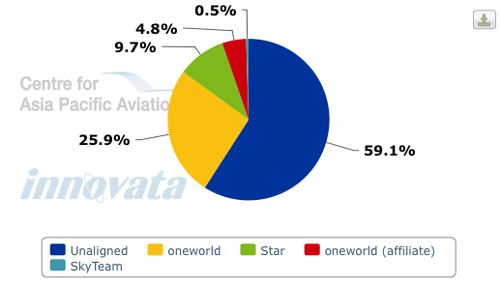 There have been few airport privatisations to date in Russia, let alone IPOs. Indeed, although Domodedovo has been slated for an IPO for several years other methods of financing have also been considered and as recently as this year, immediately after the bombing, the owner was reported to be planning to sell 20-25% of its stock in a private placement to foreign investors rather than on the stock market.

The second airport (in Moscow and Russia), Sheremetyevo, handled 19,329,000 passengers in 2010. It is government owned but has an element of non-airport interest in Terminal D from Aeroflot, which has a 52.88% stake.

Aeroflot is to be privatised by the Russian government and the same fate awaits Sheremetyevo Airport but not before it is merged with Moscow’s third airport, Vnukovo, which is 75% state and 25% city-owned. In Mar-2011 Prime Minister Putin announced the two would be combined into a single entity prior to privatisation. The national government will buy the city’s 25% stake in Vnukovo for USD1.5 to USD1.7 billion and will upgrade its runways. It also plans to add a third runway at Sheremetyevo prior to privatising the combined entity and The Moscow government has reserved a piece of land by the airport for it. These airports are but two of 900 or so state-owned enterprises recently earmarked for privatisation over the next five years in a country which seems to embrace the concept of privatisation one minute, then eschew it the next, depending on which way the political wind is blowing.

Another current example is St Petersburg’s Pulkovo Airport, which is, since Apr-2010, operated under concession by the Fraport-led Northern Capital Gateway consortium under a 30-year concession agreement. The consortium will build a new terminal capable of handling up to 25 million passengers a year, expand the terminal apron, and develop real estate next to the terminal. Total investment in these projects is estimated at USD1.6 billion.  The city government receives 11.5% of the airport’s revenues as part of the deal.

A further example is the failed experiment by Meinl Airports (which, like DME, was registered in an offshore tax haven, in this case in Jersey [Channel Islands]), to build up the Ulan Ude/Lake Baikal/Michino airport in Siberia, which it acquired four years ago, though that failure was as much caused by the internal issues at Meinl in another division, which caused the airports division to fail.

There is little prospect of a forthcoming IPO on airport in the US, where the only privatisation method permitted is by lease, although an IPO, permitting members if the public to subscribe to a share issue, would be in keeping with the generally-held view in the country that airport infrastructure belongs to the people.

Puerto Rico the unlikely torchbearer for US airport privatisation

With the Chicago Midway lease still in limbo (Rahm Emanuel has only just taken over from Richard Daley as Mayor but is still believed to be against the deal) and the New Orleans authorities having decided, understandably perhaps, that “now is not the time”, all eyes are focused on Puerto Rico’s drive to lease airports and other infrastructure to kick-start the privatisation process in the U.S. and its ‘Commonwealth’ (as Puerto Rico officially is); something that ACI-North America Chief Greg Principato stated definitively in Dec-2010 “is coming this decade”, even implying that 10 deals might be done.

The San Juan's Luis Munoz Marin International Airport could be the first major U.S. airport successfully to form a public private partnership (PPP) if the government reaches a deal. The government has been in talks with American Airlines (which apparently has agreed) and other carriers that must sign off on any deal, and expects these talks to wrap up before the end of Jun-2011. The government and American are drafting an MoU that will establish ground rules for carriers under a privately managed airport. Of specific concern has been the USD200 million investment that American made in the airport in the early 1990s. There were similar concerns in Chicago where Southwest is the dominant carrier at Midway Airport, but they were overcome.

Before putting the facility out for bid, Puerto Rico officials must meet an existing FAA requirement (which itself may be subject to change) that carriers representing 65% of market share, based on landed weight, sign an MoU outlining the broad business parameters of a potential privatisation. Some other carriers that operate from the airport are yet to give their approval.

There is expected to be strong interest during the Request for Qualifications (RfQ) process, which will be launched immediately following the approval by the carriers.

Not the only deal in town

The airport lease is far from being the only deal on the table in a Commonwealth that is battling a five years-long recession and double-digit unemployment rate. The budget deficit, which was USD3.3 billion in Jan- 2009, has been cut to USD1 billion this year and will be reduced in the forthcoming budget to USD616 million before being completely eliminated in 2013. Even so, the Planning Board predicts the economy will shrink by 1% this fiscal year and post a gain of 0.7% in Fiscal Year 2012, which begins on 01-Jul-2011.

The government is also closing on a major highway concession and on arrangements for other infrastructure, led by a pro-active Public Private Partnership Authority (PPPA), a new entity meant to help lift the Caribbean island's recession-bound economy.

Pre-qualified groups already exist for the highway concession and, (as was the case in Chicago) include some that might figure in the airport RfQ, including Citi Infrastructure Investors (a 50% shareholder in YVR Airport Services); Abertis Infraestructuras; Goldman Sachs Infrastructure Partners; OHL Concesiones and Morgan Stanley Infrastructure Inc.

Proceeds from the airport deal will bail out the cash strapped Ports Authority and fund infrastructure projects. There is a stark contrast here with the alleged ‘cash-in’ motive of the Domodedovo IPO.

On the other hand, while the concession deals would allow Puerto Rico's public corporations to resume infrastructure investment, the administration has yet to attract any PPP that involves fresh capital construction investment in new public works.

The PPPA, an entity of Puerto Rico's Government Development Bank, is the sole government power to authorise and oversee PPPs, an arrangement that takes out political risk for bidders that legislative approval often entails. The PPPA was created as part of a sweeping piece of legislation that set the ground rules for PPPs and established guidelines and procedures the government must follow when considering PPPs. 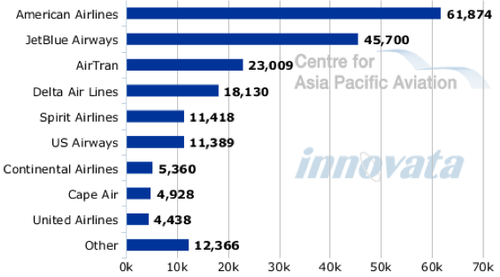 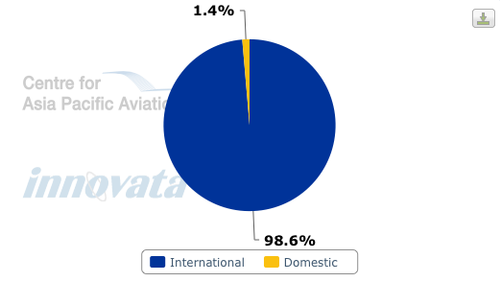 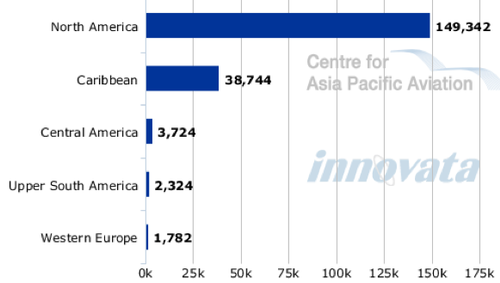 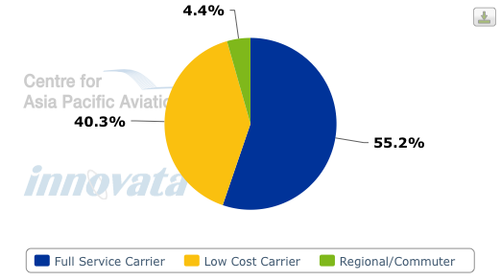 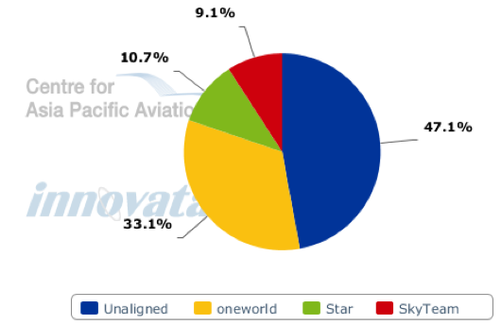 Literally as this issue of Airport Investor Monthly was published DME dropped its planned stock market listing. The political risks alluded to above, including the Jan-2011 bombing, is thought to have weighed heavily in the calculations of the management, plus the airport’s ‘opaque’ offshore ownership structure. Investors were not considered ready to pay a high price for an asset with such risks. DME chief executive Denis Nuzhdin said in a statement the company was postponing the IPO because it was "not satisfied that a fair valuation could be achieved in the current market conditions."

The state is now expected to re-emerge, to indulge in a hostile takeover.