The agreement was initially formed in Dec-2010. Existing operational policies for duty rosters were stipulated into the collective agreement, and a new model for stand-by duties was also agreed for the purpose of aligning the working conditions. In particular, extra long-haul flights will be carried out with a third pilot from May-2011.

airberlin announced plans to increase frequencies on a select number of long-haul services, including services from Berlin Tegel to Bangkok, Dubai, Miami and New York and from Dusseldorf to Bangkok and New York JFK during winter 2011/12.

Shares in airberlin traded down 2.2% on Friday.

Elsewhere in Europe, shares in Aegean Airlines bounced back 2.2%. The European Commission formally blocked a proposed merger with Olympic Air on competition grounds earlier in the week. 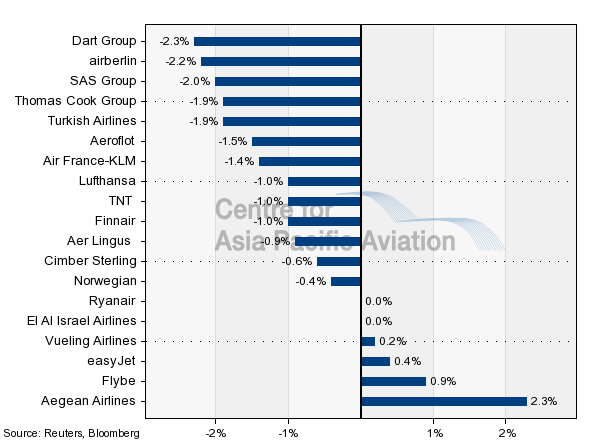