MTU Aero Engines forecast has group revenues would grow by 7-8% in 2011 but profits will only match 2010 levels. The main growth driver is set to be the commercial engine business, with an anticipated 15-20% increase in sales. The spare parts and commercial MRO businesses are expected to grow by 5-10%. Revenues in the company’s military engine business are likely to fall by 10%.

MTU expects a profitable year, with operating profit and earnings after tax at similar levels to 2010. The company reported an EBIT of EUR311.3 million and net income of EUR142.2 million in 2010. Shares in MTU dropped 4.2% yesterday, on a generally negative day for aerospace shares. 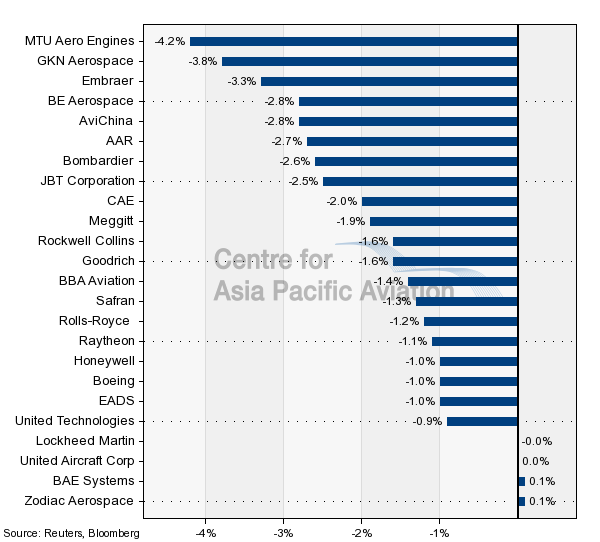