KAI plans to sell 36.6 million shares with 12 million in new shares and the remainder coming from existing shares held by stakeholders such as Samsung Techwin and Hyundai Motor. The company plans a book-building process between 16-Jun-2011 and 17-Jun-2011. Proceeds from the IPO will be used partly to invest in facilities to develop aviation equipment and parts.

Boeing announced China Southern Airlines has signed a deal for six B777Fs, to be delivered in 2012. The US company and All Nippon Airways also confirmed they will be performing will operate a series a test flights with a B787-8 test aircraft across the carrier’s domestic network to help prove its readiness to enter commercial passenger service. 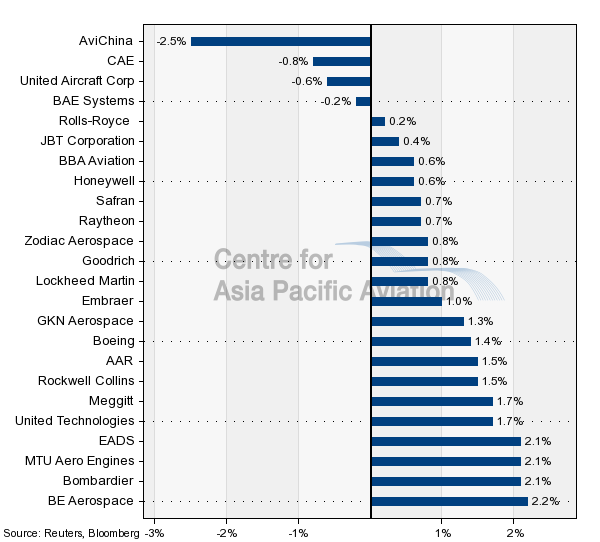