1Time (-2.9%) CEO Rodney James called for authorities to allow South African low-cost carriers to operate more routes into the rest of Africa. The carrier recently launched Johannesburg-Maputo service but is limited to 575 seats per week. The carrier believes it could more than double traffic if it was permitted to operate sufficient capacity. Mr James hopes that growth in tourism in coming months would result in more traffic rights on the route for 1Time. 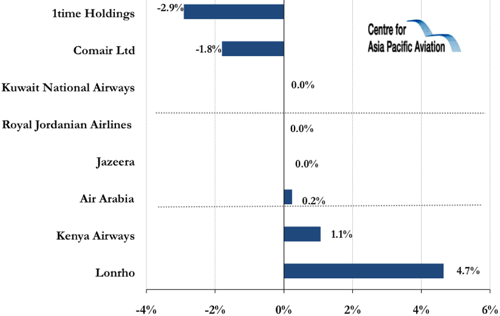