Jazeera Airways announced enhancements to its economy-class offering, upgrading it to include free complimentary meals and drinks on all flights from Kuwait and across the airline's entire network. The enhancements will be added from 15-Feb-2011. The move follows a series of value enhancements for the airline.

Shares in Jazeera Airways were down 3.3% in trading yesterday, despite the Kuwait index recovering 1%. Elsewhere in the Middle East, shares in Air Arabia rose 3.4%, slightly ahead of the general recovery in UAE markets. One of the carrier’s key competitors, flydubai, announced it will expand its fleet by nine aircraft in 2011, taking its fleet to 23 aircraft.

Meanwhile, Ryanair CEO Michael O’Leary has forecast that the rising cost of fuel could be a threat to the survival of less profitable carriers in Europe. easyJet warned late in Jan-2010 that its first-half losses could double under the load of higher fuel prices and the impact of the Dec-2010 European snowstorms. 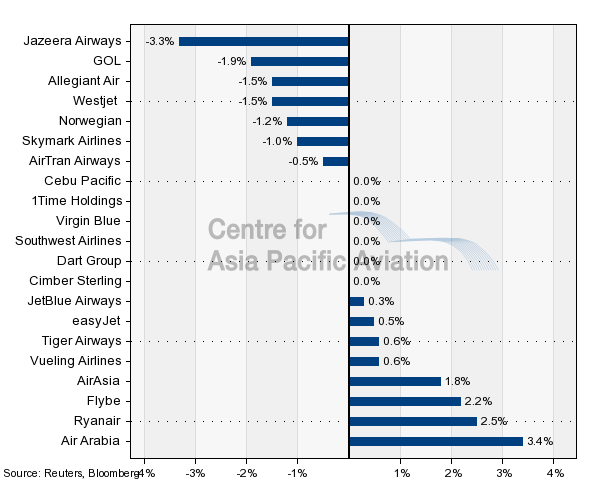