Under Abenomics the growth of inbound tourism to Japan has been spectacular – partly because so little effort was put into tourism before. Increasing numbers of inbound visitors has rightfully captured the attention of the central Japanese governments, with predictable results. Japan crossed the 10 million visitor mark in 2013, 20 million in 2016, and plans are for 40 million in 2020 and 60 million in 2030. Numerically, the growth is steady, but in practice Japan is finding it harder to locate and facilitate growth.

CAPA's LCCs in North Asia summit at Osaka Kansai in Jun-2017 surveyed the vast improvements that have occurred in Northeast Asian aviation. For Japan to meet its 2020 tourism goal, it will need to add the equivalent of 72 new narrowbody daily flights each year for the next four years.

The typical focus of Tokyo and Osaka does not have the capacity to accommodate this growth. Offering LCC terminals and further privatising Japanese airports could help regional centres grow. Ground supplier monopolies need to be ended to provide competition, while further visa liberalisation will unlock growth markets.

Now Japan plans to add a further 15 million visitors through 2020. Although this is steady growth, it is becoming harder to locate and accommodate visitors.

Visitor numbers to Japan for the year through the four months Jan/Apr-2017 (the latest data available) were 9.1 million – up 14.1% from the previous period. (9.1 million is the number of visitors Japan received in all of 2012.) 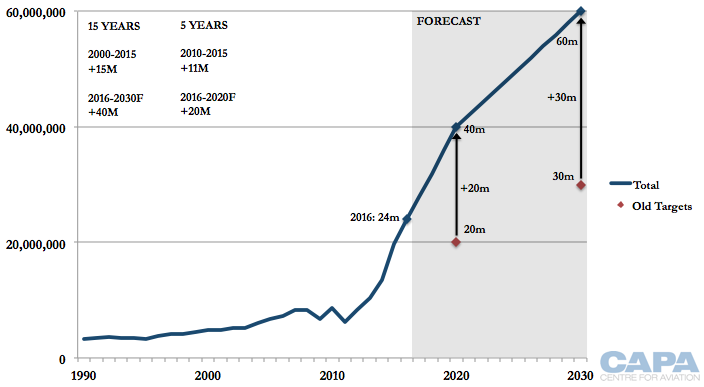 To reach its tourism target, Japan must add – at least – 72 narrowbody daily flights every year for the next four years

Japan aims to receive 40 million inbound visitors in 2020 (this was increased from the previous 2020 target of 20 million, when that level was reached five years early, in 2015).

In practice, changes must be made – and urgently if the 2020 goal is to be met.

The additional growth equates to 72 new narrowbody daily flights to Japan every year. Approximately 85% of Japan's tourism is from Asia, and there are some new widebody flights – and these would reduce the number of new flights Japan would need, since the 72 figure is based on narrowbodies. But the 72 dailies figure also assumes every flight is carrying exclusively foreign visitors, at a generous load factor.

Delivering and accommodating 72 new flights every year becomes challenging. With current policy settings, it is in fact impossible. 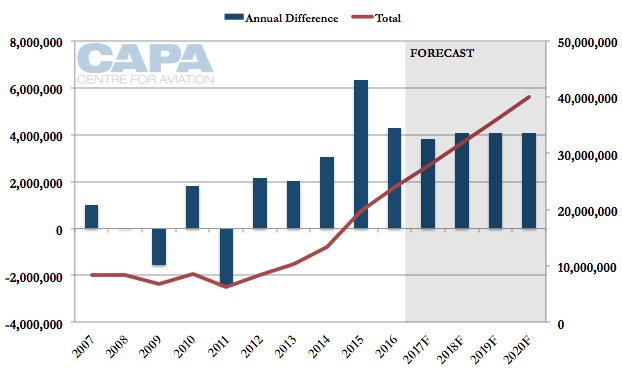 Tokyo and Osaka have long been the most popular points of entry for foreigners to Japan, but they cannot accommodate all – or even most – of the growth to come.

Tokyo Haneda essentially has no further slots aside from late night/early morning slots that LCCs have tried (with mixed success) to use. Some Asian markets could slightly increase night/morning slot usage if traffic rights were extended to them. 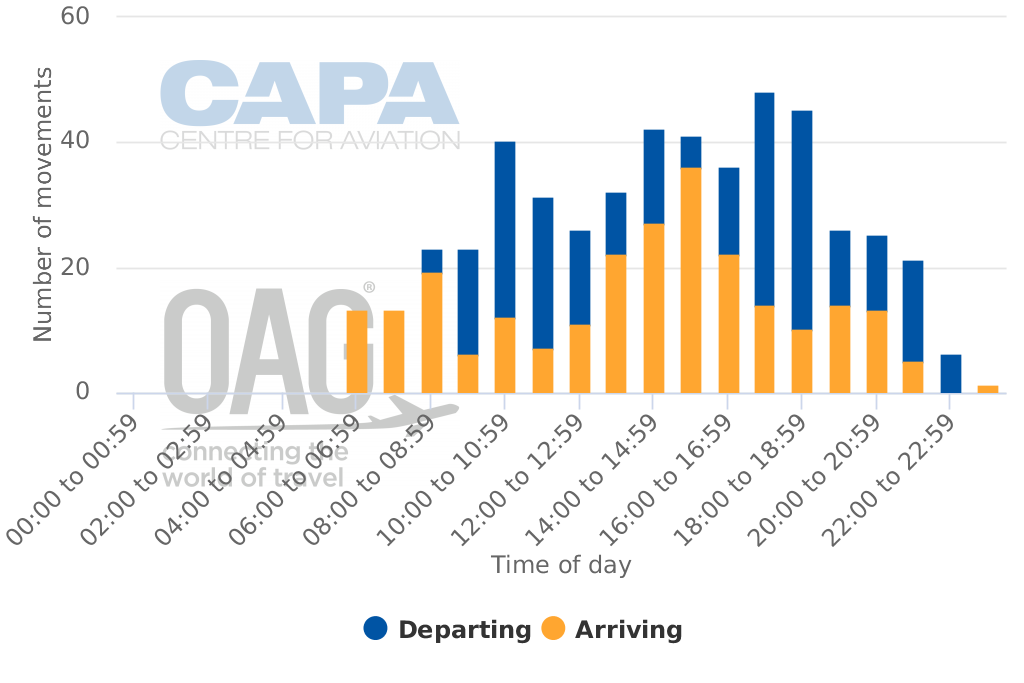 Narita is further challenged by a curfew. Directing airlines to use off peak slots is not simple, especially as their home airports have increasing or already extreme slot constraints. Finding a slot pair that works for the home and foreign airport is an exercise that requires not just a plan B, but also a plan C, D, E, F and more.

Japan has been Asia's liberalisation pioneer this decade and has formed open skies with most Asian countries, although there are restrictions on Tokyo Haneda and fifth freedom rights.

Although further liberalisation could produce some growth, these are not priorities in most instances. 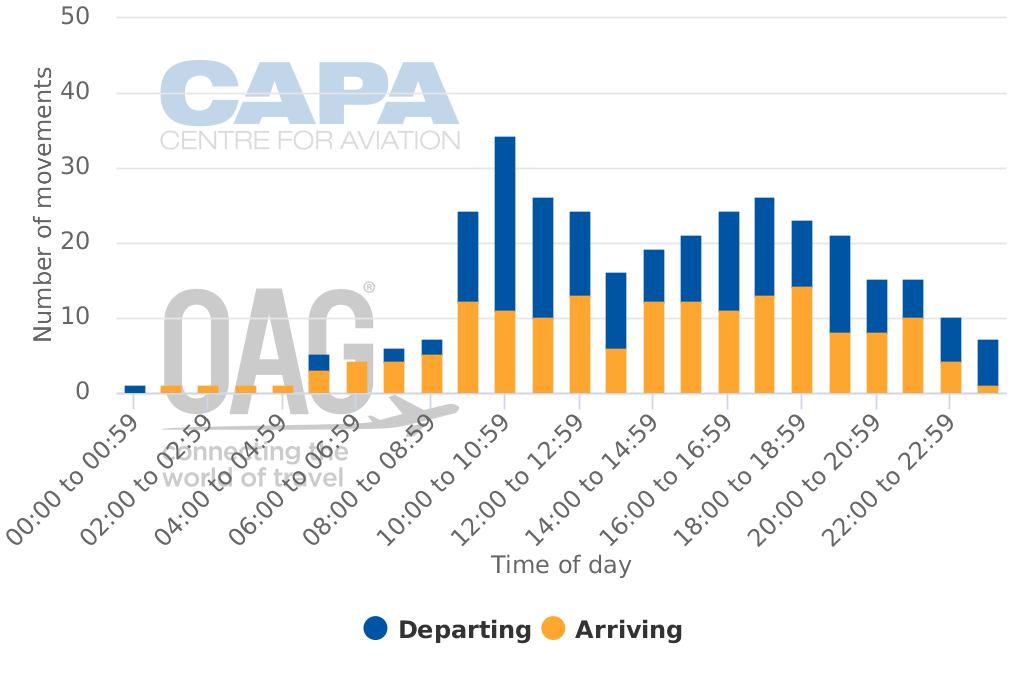 Infrastructure is being planned, but will not be ready until the end of the decade. Tokyo Narita is working to increase movements and reduce its curfew, while Tokyo Haneda will achieve growth in international movements in 2019 – in time for the 2020 Olympic Games.

Haneda's international slot growth has been celebrated as growing from 60,000 a year to 99,000. This is significant growth, but effectively from a low base. The additional slots equate to about 53 roundtrip flights a day.

This could provide meaningful growth; but not all of the movements will produce new growth for Japan, since airlines are expected to move services from Tokyo Narita to Tokyo Haneda.

This was the result with the international slot increase that occurred earlier this decade. In the case where there are all-new flight additions at Haneda, services at Narita may be downgauged, offsetting the Haneda growth. 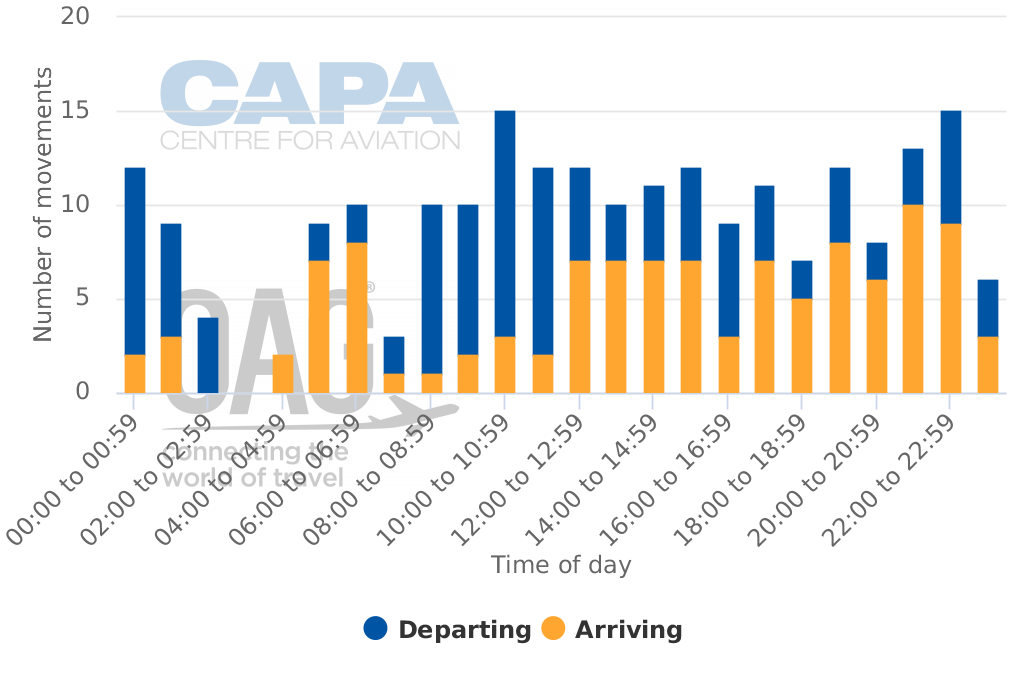 The only solution: airlines must increase services at secondary airports

Japan is not short of airports but it does lack diversity. Tokyo and Osaka account for 76% of available seat capacity. A further 20% is at four cities: Fukuoka, Nagoya, Okinawa and Sapporo.

Those four airports represent growth opportunities, given constraints in Tokyo and Osaka – but those airports have some restrictions too. Japan has 76 airports with domestic service, including 29 airports with international service.

Japan is still an unexplored destination for many; it was only in 2003 that it still received 5 million visitors a year. Building awareness of other cities and regions will be challenging, but is necessary.

Smaller airports may be able to offer incentives and subsidies, helping not just airlines but at the same time incentivising passengers to fly somewhere new, since it becomes cheaper.

However, market take-up could be impacted as airlines, in some instances, continue to provide Tokyo and Osaka with overcapacity. That overcapacity will suppress fares, leading passengers to prefer Tokyo or Osaka over a comparable fare to a smaller destination.

Privatisation and LCCTs could help, but there are other factors too

Japanese aviation has been changing, first with its airlines and liberalisation, and increasingly with infrastructure. Airports are being privatised, and attendees at CAPA's Osaka Kansai summit identified continued privatisation as producing more commercially oriented outcomes that could facilitate growth. Privatisation, even if agreed today, is a long process and will have limited impacts to 2020 tourism targets – but can support 2030 goals and overall industry health.

Low cost terminals are becoming popular in Japan: Osaka Kansai's and Tokyo Narita's are becoming maximised, while Nagoya has a forthcoming LCCT. LCCTs can support growth and lower costs, but not all airports can have them. Many of Japan's smaller airports are underutilised.

Much of the difficulty in optimising use of the dozens of under-utlised airports in Japan is down to complacency or sheer lack of interest. For many airport operators there is little direct commercial motivation to expand activity; even where it is in the regional economic interest to expand activity, there is often little coordination between regional bodies and their airports.

Also, many smaller airports – where the growth must occur – have limited competition, or are constrained by monopolies on ground suppliers. This can end the business case for serving a city. If a ground handler is available at favourable rates, it is common for it to be unable to accommodate more than a few flights at a time, removing scheduling options for a new airline.

The easy work has been done; now creativity and innovation are needed

Japan's inbound visitor growth has been a remarkable achievement, but now the easy work has been done. The low hanging fruit has been picked. Until now the expansion has occurred mostly by merely expanding traditional resources.

Achieving a 40 million tourism target is going to require much more innovation and creative thinking, both in Tokyo and Osaka and in other regions, where the growth will occur.

After top level initiatives of liberalising visa and traffic rights, Japan must adopt new strategies to achieve the next level of more difficult growth.

The often complacent attitudes of local airports and the longstanding Tokyo-Osaka fixation will not permit the level of tourism expansion that is called for. Privatisation would appear to be the only quick way of changing the mindset of the existing operators; but more complex issues, particularly in the area of on-airport doing business, as well as educating municipal authorities in international best practice.

Stimulating direct regional aviation growth may raise social and cultural issues in Japan's traditionally conservative regional centres, but if the national government's 2020 tourism goals are to have any chance of being achieved, significant policy initiatives are essential. A clearly defined national strategy relating to infrastructure and its better use is just the first step in that process.