Iran's Roads and Transportation Minister, Hamid Behbahan, reportedly stated Iran plans to purchase 13 Boeing and six Airbus passenger aircraft in the near future. "Five Boeing MD planes (out of 13 planes) have already been imported and the rest of the planes will arrive in the country soon," the Minister said.

African shares on the other hand were on a steady decline with 1time (-2.6%), Comair (-1%) and Kenya Airways (-1%) shares down while Lonrho remained stable. 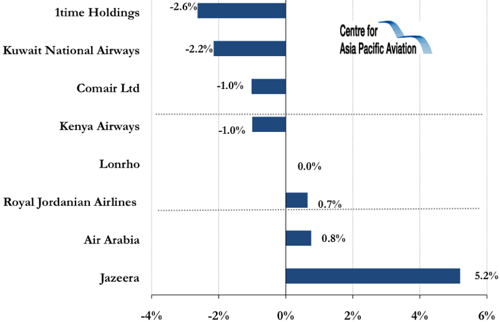