India's major cities will need additional airports with traffic in the high-growth market set to treble to 450 million by 2020 (comprised of 360 million domestic and 90 million international passengers), making it the world's third largest aviation market after the US and China. Over the next 10 years, all six metros – Bangalore, Chennai, Delhi, Hyderabad, Kolkata and Mumbai – are expected to have provisioned for a second airport and Mumbai will need to start preparing for a third, based on current growth estimates. The traffic growth is also being witnessed at several non-metros with several airports having already outgrown their existing infrastructure.

Passenger traffic in India has grown almost fourfold from 42 million airport passengers in 2000/01 to 162 million passengers in 2011/12, with double-digit growth expected to continue over the next decade.

Delhi was the largest airport with 35.88 million passengers in the 12-month period, followed by Mumbai Airport with 30.75 million passengers, according to the Airports Authority of India (AAI). Neither Delhi nor Mumbai ranked among the world’s top 30 airports in 2011, according to ACI (Delhi held the 44th position in 2009, before dropping out of the top 50 rankings in 2010, while Mumbai ranked 47th in 2008, prior to dropping out of the rankings, ahead of Delhi in 50th position). In the first three months of calendar year 2012, Delhi ranked as the 29th largest airport worldwide with 9.1 million passengers and year-on-year growth of 14.5% (the third fastest growth rate among the top 50 airports in the quarter). (See Appendix for more information.) 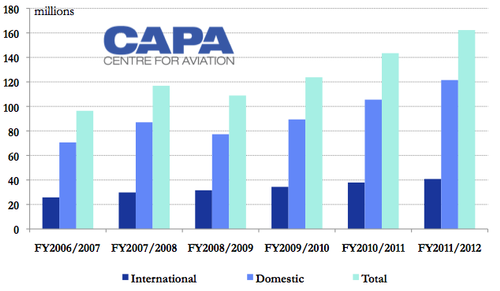 India's Northern Region recorded the highest rate of passenger growth of 21.1% in FY2011/12, followed by the North East Region (15.9%) and Eastern Region (11.8%). The North Region is expected to see continued growth with SpiceJet planning to expand its north India regional network from Delhi from Jul-2012, with services to Amritsar, Chandigarh, Srinagar and Indore. The expansion makes Delhi the carrier's third regional base after Hyderbadad and Chennai for its Bombardier Q400 aircraft. Meanwhile, the Western Region recorded the lowest growth rate of 9.4% in total passengers handled among all the regions.

Air cargo in India has strong growth prospects but remains at an early stage of development. Freight traffic was maintained at 2.3 million metric tonnes in 2011/12, comprised of 1.5 million international and 0.8 million domestic MTs. Mumbai Airport handled the highest level of freight traffic at 0.66MT followed by Delhi Airport (0.57MT).

Over the next 10 years the airport sector is expected to see a further investment of USD30 billion which will consist of:

Total investment in the sector between 2004 and 2020 is expected to reach USD120 billion, of which USD80 billion is represented by aircraft, USD30 billion in airport infrastructure and USD10 billion in ancillary services such as ground handling, maintenance, air traffic management, security and training.

There are 14 greenfield airports in India which have received in-principle approval, in addition to which a major facility is to be developed at Pune for which a site has been identified at Rajgurunagar. A greenfield airport is also being considered for Nalanda in Bihar.

Projected growth will necessitate provisioning for a second airport at each of the metro cities (and a third in the case of Mumbai), paving the way for a total of 13 metro airports. There is the possibility of a second airport in Ahmedabad as well.

Most of the metro airports have adequate official capacity for the next few years with the exception of Mumbai. However, it may be the case that the actual capacity at some airports may be less than stated as there has not been detailed analysis of the terminal and runway capabilities in all cases. CAPA is developing a national Master Plan which will address this issue. Even in cases such as Delhi and Bangalore which have new infrastructure and sufficient capacity, the rate of growth is such that planning will need to commence this decade for the development of second airports. The same is true of Chennai which will run out of capacity before 2017.

Most of the 35 key non-metro airports need new capacity now or very shortly. Cities such as Pune, Patna, Jaipur, Nagpur and Lucknow have urgent requirements and in most cases the state governments do not recognise the implications of failing to address this issue. New terminals will assist in some cases where land is available, but in many cities there is a need to look at building new airports with a long-term perspective. Due to the scarcity of land in India the country must prepare long-term airport development plans which can meet requirements for the next 20-30 years. However, AAI has no capital expenditure programmes scheduled beyond the end of the 12th Five Year Plan which ends in 2017.

Airport capacity shortages are compounded by additional challenges in the form of surface transportation links, limited availability of skilled manpower and airspace congestion, leaving India poorly prepared to handle requirements. This is especially so given that the financial situation of the AAI and other public-private partnership airports is stretched which means that they are unable to commit sufficient funding to long-term projects.

As traffic in India grows, the Indian Government is increasingly looking at different ways to support the increased infrastructure pressures. In 2000, only 2% of traffic in India was handled at privatised airports, this has since increased to 60%. Meanwhile, the low-cost model now dominates the domestic market with close to 70% market share, creating a new set of challenges and opportunities. 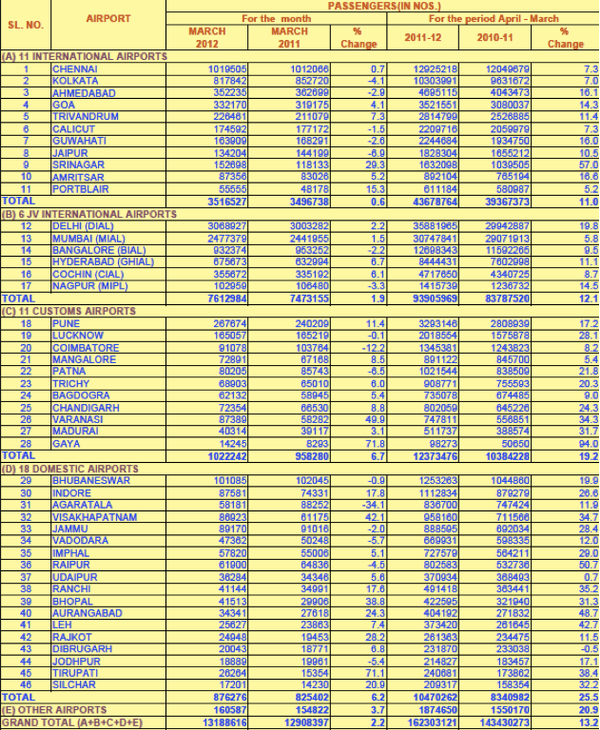 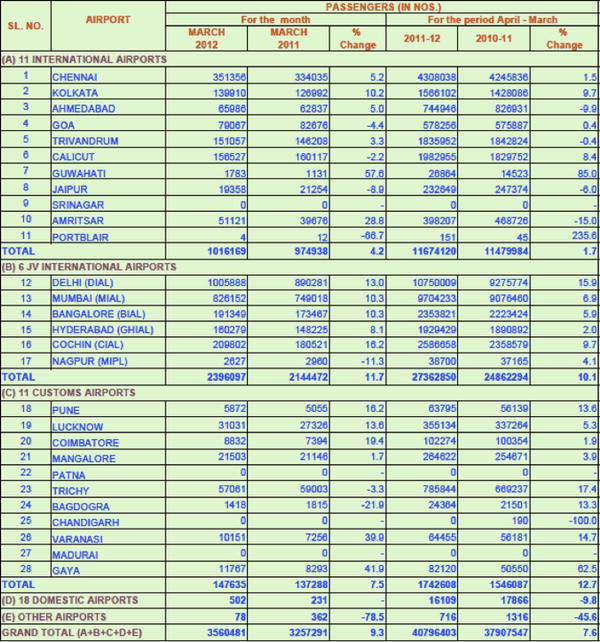 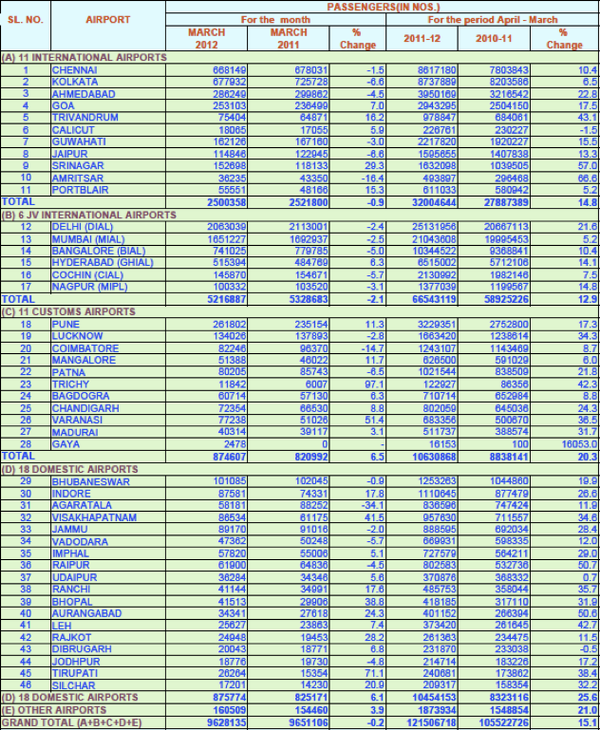