The Government has been mounting pressure on airlines to reduce fares and publicly make available fares on a sector-by-sector basis after fares rocketed after Diwali, especially for last-minute or spot tickets.

AirAsia shares gained 4.2% to MYR 2.72 yesterday marking a record close. The airline will set up a Philippines unit by 1Q2010, Philippine Board of Investments Head Cristino Panililio stated in an interview yesterday. 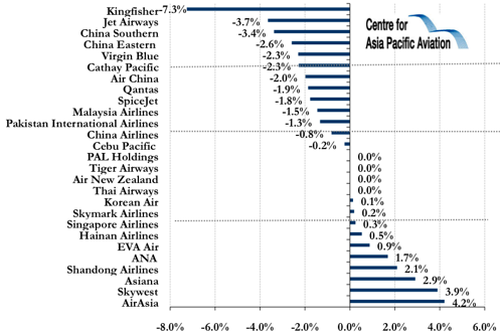