The Commission also approved Qantas' application for seven times weekly third-party codeshare services in each direction on the Thailand route under the Australia-Thailand air services agreement. The approval allows Qantas to launch its proposed codeshare agreement for five years.

1time shares dropped on Monday (01-Nov-2010) by 5.1%. On the Sunday (31-Oct-2010), one of the carrier’s aircraft was involved in an aborted take-off following an engine failure at OR Tambo Airport, South Africa. Its 128 passengers were forced to disembark from the aircraft after an engine caught fire. Reports said 11 passengers were injured in the evacuation. 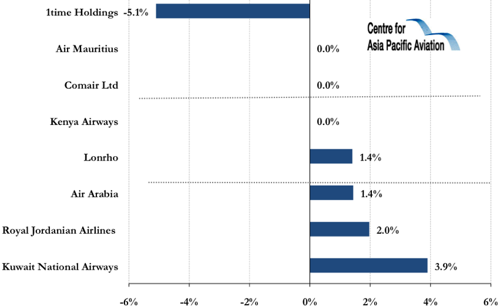