The Malaysian airline Firefly has relaunched its narrowbody jet operation after its first attempt was derailed by the coronavirus pandemic. This move represents an important part of the Malaysia Airlines Group’s domestic plans, and will eventually also play a role in the group’s international strategy.

Firefly’s move into jets is partly intended to allow the group to compete better with Malaysia’s LCCs for the leisure market. It will not be a true LCC itself, with its product offering appearing to be more similar to a hybrid or value airline.

The Firefly jet operation will also give the Malaysia Airlines Group another business model, which will provide more flexibility in matching different service types to routes.

Secondary routes with high leisure component may be well suited to Firefly, and those with more premium travellers can be retained by the parent airline. Adding a northern min-hub will also help diversify the group’s network.

The addition of narrowbodies is a big change for Firefly, as for many years it has only operated turboprops: the airline currently has 12 ATR 72-500s, of which nine are active.

Firefly actually started jet operations in 2021, but this was only brief – it had to shelve the jet services in Apr-2021 due to the Delta variant wave and its related domestic travel restrictions.

For its latest attempt, Firefly is adding Boeing 737-800s transferred from the Malaysia Airlines operation. So far Firefly has two of the aircraft type in its fleet, according to the CAPA fleet database.

Firefly is establishing a hub for the jet services in Penang, which is on the northwestern coast of Peninsular Malaysia. They are initially operating flights from Penang to Johor Bahru (twice daily), Kota Kinabalu and Kuching (both daily). From 25-Apr-2022, each route will have another daily frequency added.

The Firefly narrowbodies have different product offerings from those of Malaysia Airlines, with Firefly having a single class and various bundled fare packages.

The introduction of the jet service has already had a major effect on Firefly’s capacity, with a dramatic jump in the airline’s fleet numbers from 11-Apr-2022, when the routes were launched. This was enough to boost the airline’s seat capacity above 2019 levels. 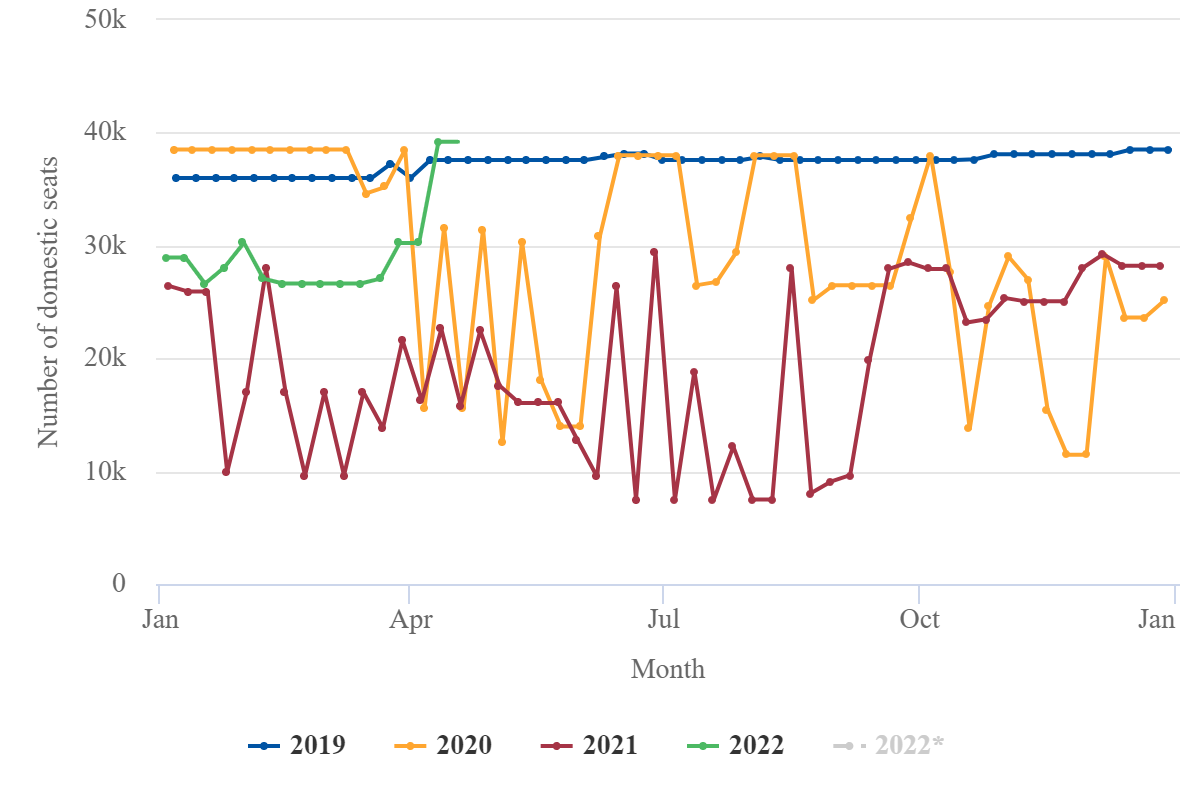 A similar picture using available seat kilometres (ASKs) instead of seats emphasises the increase even more. This is because the jet routes are much longer than the turboprop routes typically operated by Firefly. 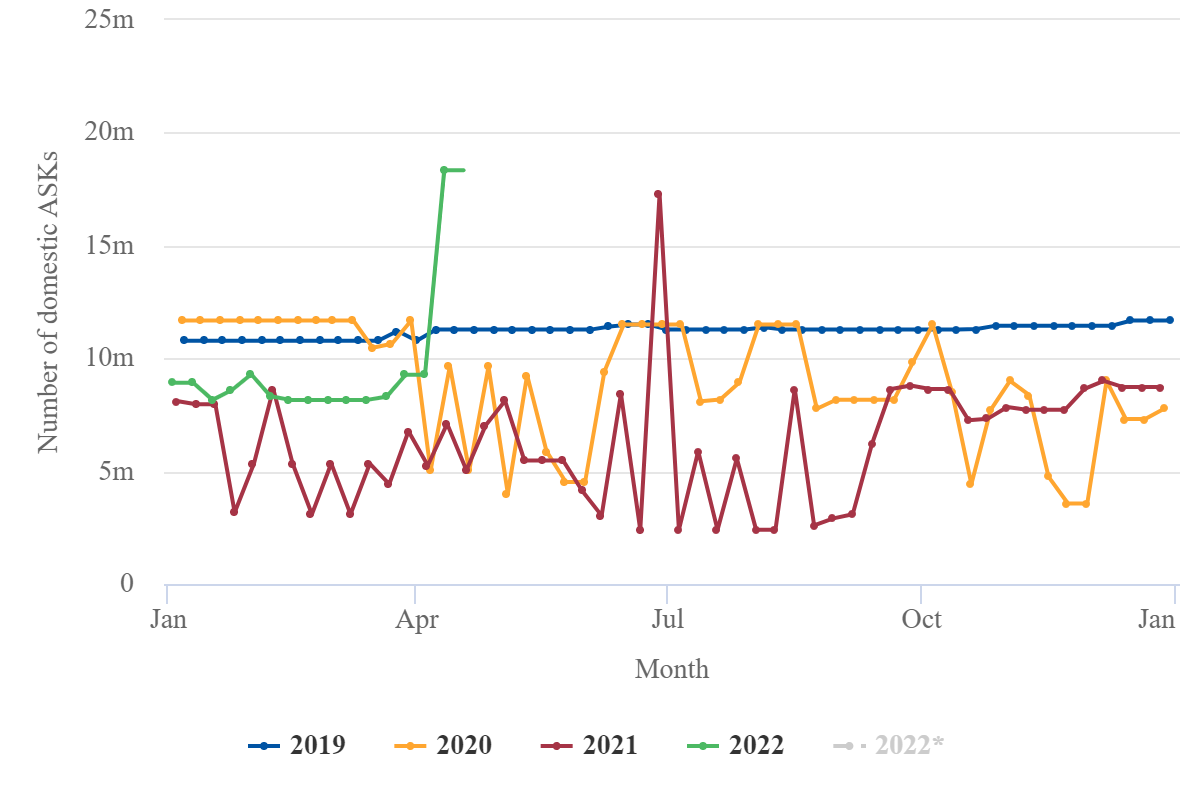 Firefly intends to grow the 737 jet fleet and network. It is expected to have three aircraft by May-2022, with another two to be added in its first 12 months. More 737s will be added in stages, with the goal of reaching a fleet of 11 by 2025.

As more aircraft are introduced, Firefly will branch into international services with the jets.

Setting up a second jet operation under the Firefly banner appears to be a good move.

The airline will probably not be able to compete directly against the established LCCs in the Malaysian market as it does not have a true LCC model, but the Firefly jet services will still give Malaysia Airlines a new avenue to tap into a wider range of demand.

The value or hybrid airline model is an approach that is increasingly popular in the airline industry. The key to success for such an airline is finding the right combination of network, price and product to carve out its own niche between premium airlines and LCCs.