Low-cost airlines have increasingly scheduled back-of-the-clock flights departing late at night or early in the morning, but regulators are now placing greater emphasis on new issues in pilot fatigue risk management. That in turn is seeing some airlines lose operational advantages and incur a higher cost base, even if arguably justified on safety grounds.

New regulations from India’s Directorate General of Civil Aviation (DGCA) are impacting Air India’s LCC subsidiary, Air India Express. Previously the DGCA’s duty limitations did not differentiate between when duty time was occurring, but now the country’s pilots will be limited to seven-hour duty times instead of nine hours if the duty is for back-of-the-clock flights (officially the window of circadian low, occurring between 02:00 and 06:00). The ruling is applicable for domestic and regional flights.

Additionally, under an Aug-2011 ruling, crew operating the longest permissible duty – 12.5 hours – are limited to performing three landings for day operations but only two landings for night operations.

The difference between back-of-the-clock flights and traditional overnight flights is that overnights are typically of longer duration so pilots do not operate another sector. In back-of-the-clock operations, flights are shorter and enable carriers to roster pilots for more flights in a single shift. Departure and arrival is the most important and busiest aspect of a flight; multiple flights can introduce fatigue and possibility of error.

Air India Express, according to local reports, will commence a pilot recruitment drive to restore schedule productivity, but that will add costs – and pilots of course are often the highest paid employees in an airline.

Until more pilots are recruited to accommodate the new rules, Air India Express has rationalised its schedule, moving some flights to daylight departures while others are consolidated: for example, a Kochi-Dubai and Kochi-Abu Dhabi service will be combined into a single Kochi-Abu Dhabi-Dubai-Kochi flight. Air India Express says some of the changes will remain even after additional pilots are recruited. Not all Indian carriers will need to change their schedule; Indigo and SpiceJet say they are already using more conservative rest requirements and duty limitations.

The regulation will not inherently disadvantage Indian carriers against each other but it does threaten to do so if similar rules are not applied to international competitors. Adding cost, even if minimal, to a LCC subsidiary can narrow the gap between the subsidiary and full service parent, blurring the line of differentiation. (LCCs are typically more aggressive in achieving operational efficiencies.)

Back-of-the-clock flights are a key feature of international LCC operations from India. The primary short-haul international markets of the Gulf and Southeast Asia are geographically located 3-5 hours flying time and 1.5-2.5 time zones apart, which is ideal for overnight flying eastbound in particular from the Gulf to India or India to Southeast Asia as a midnight departure can arrive at 06:00 or 07:00. 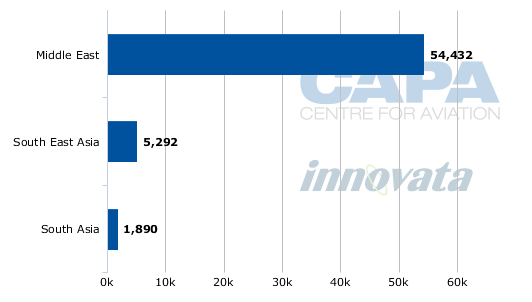 A westbound routing can work too, as Indian passengers are used to arriving/departing in the middle of the night for long-haul flights, so a 03:00 or 04:00 departure is not unusual, unlike in other markets. In fact, because of their strategic geographic positioning, Mumbai and New Delhi see significant international (and domestic) movements between 23:00 and 06:00. 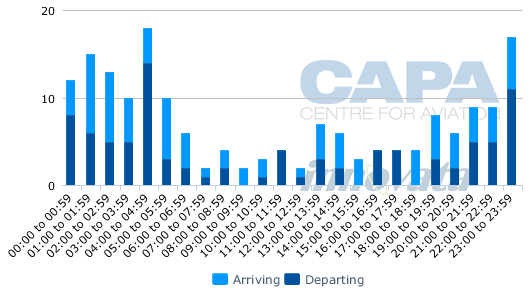 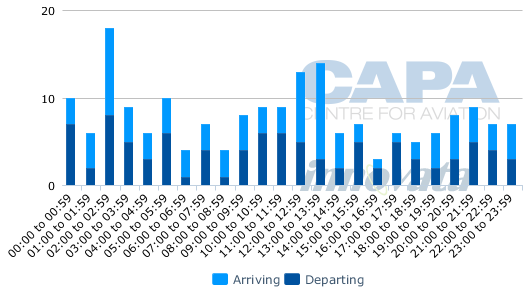 Prevalence of back-of-the-clock flights and the fatigue risks they introduce are not confined to India. Jetstar has a number of operations out of Darwin and Perth for much the same rationale as Indian carriers: flights cross only a few time zones on medium-haul flights, primarily to Southeast Asia. 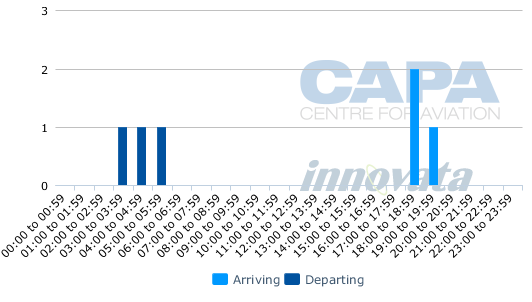 Jetstar’s back-of-the-clock flights were put into the public spotlight in Mar-2011 when an internal company e-mail about fatigue was made public by an Australian Member of Parliament during an aviation hearing. The public was less interested in the safety aspect as the e-mail had the unfortunate statement from one pilot telling another to “Toughen up princess!” because “You aren't fatigued, you are tired and can't be bothered going to work”.

But the potential safety implications issues were spotlighted. The admonishing pilot remarked of back-of-the-clock flights, "I hate the shift and I definitely don't operate to my normal standard. I am tired throughout the shift, feel terrible..." But the pilot went on to say he "would not call it fatigued".

The pilot identified back-of-the-clock flights as critical to LCCs, saying the “horror shift” was necessary because “aeroplanes don't make money sitting on the tarmac, they need to keep flying”

Jetstar used to operate a return Darwin-Singapore-Darwin back-of-the-clock flight before introducing a layover in Singapore, which Jetstar CEO Bruce Buchanan said in Mar-2011 was introduced unrelated to the Senate inquiry.

A May-2010 audit from Australia’s Civil Aviation Safety Authority (CASA) into Jetstar’s fatigue risk management found that most Jetstar employees it spoke to “appear genuinely intent on maintaining the balance between commercial imperatives and safety assurance”.

But CASA did support the need for pro-active fatigue risk management at Jetstar’s Darwin base. The Authority has not made regulatory changes like India’s DGCA, but it is reminding airlines of its presence. That is important for consumers, as well as for airlines and their employees. LCCs have been pressed to reassure the public that safety has not been diminished in the process of extracting costs.That is a healthy process and one that should continuously be open to reassessment as the industry – and the world – changes.

But it is one that is best performed in a professional environment, without the noise of politics and the multiple agendas that arise there. There are no absolutes in airline safety. Clearly, ensuring an adequate margin exists is vital from a regulator's point of view. This must also allow enough space to accommodate differences between pilot capabilities. But equally, that margin needs to be consistent with the real world. The safest flights are those that do not leave the ground.

India's action follows - belatedly - the fallout from an Air India Express accident two years ago, in which a factor was determined to be pilot fatigue. The regulations were actually promulgated some time ago. But, in the immediate wake of waves of massive popular concern about safety and financial well-being in the country's airline industry, it risks being branded as a populist move. It would certainly be more convincing if it formed part of a more comprehensive and authoritative review - something the Indian industry undoubtedly needs.