Boeing, General Electric, Pratt & Whitney, Honeywell and Rolls-Royce North America have all received contracts from the US Federal Aviation Administration, as part of its Continuous Lower Energy, Emissions and Noise (CLEEN) programme.

CLEEN is aimed at introducing new technologies and techniques into commercial aircraft from 2015, to enhance fuel efficiency, cut engine emissions and reduce noise. The published goals of the programme are a 33% reduction in fuel burn, a 60% cut in nitrogen oxide emissions and a reduction in cumulative aircraft noise levels by 32 db.

The FAA will invest USD125 million in the programme, which will be matched by the five companies. Most contracts are for an initial one-year period, with four one-year extensions available.

In trading on Thursday, Honeywell shares lost 2%, while Pratt & Whitney was down 0.9% and Rolls-Royce fell 0.7%. Boeing shares were flat. 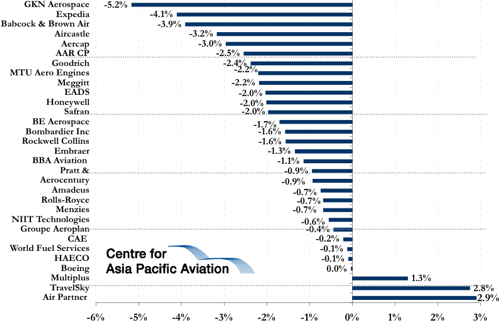