In a situation perhaps best described by Yogi Bera’s famous malapropism, “it’s dejavu all over again”, a cloud of volcanic ash from Iceland is again drifting towards Western Europe’s airspace.

While most were betting against the kind of chaos that closed airspace for six days in 2010, it is quickly becoming evident that a clear operational plan is not yet fully established.

Instead of a blanket policy, the new guideline issued by the European Aviation Crisis Coordination Cell (EACCC), “allows airlines to decide if they will fly in areas contaminated by ash, on the basis of a safety risk assessment accepted by the relevant national supervisory authority.” In other words, each airline, in consultation with its aviation authority, may decide on operations based on agreed safety standards.

The procedure has been adopted by some EU members and is pending with others. While the EACCC has defined the minimum threat threshold, individual airlines and/or governments may impose stricter standards.

Though an improvement on the 2010 reaction, the new rules could result in differing assessments by national regulators that could result in a patchwork of open and closed airspace across the region.

Under the new minimal guidelines that apply, about half of last year’s grounded flights could have operated but given the many variables involved, finding a clear policy remains challenging.

One thing has been agreed on and that is that the current ash concentration across Scotland and parts of Scandinavia is in excess of that allowed and operations to/from those points was halted.

There are also differences in the makeup of the ash with this eruption spewing larger and heavier particles than was the case in 2010. This means that they are far more likely to fall before spreading as far as did the lighter 2010 ash.

According to information on the Eurocontrol site, they are warning that going forward, northern UK and some Scandinavian airspace may continue to be affected but that they do not foresee the kind of massive impact associated with the 2010 event.

Of course, the actual outcome is dependent on the volcano and its eruptive activity. Vulcanologists rate this event as being more powerful than last years but that weather conditions, along with heavier ash, have thus far limited the consequences.

While the EU and the airlines appear to have made significant progress in defining the threat posed by ash clouds, as well as the way risk is assessed, the episode once again highlights the vulnerability of the industry to external and uncontrollable forces. 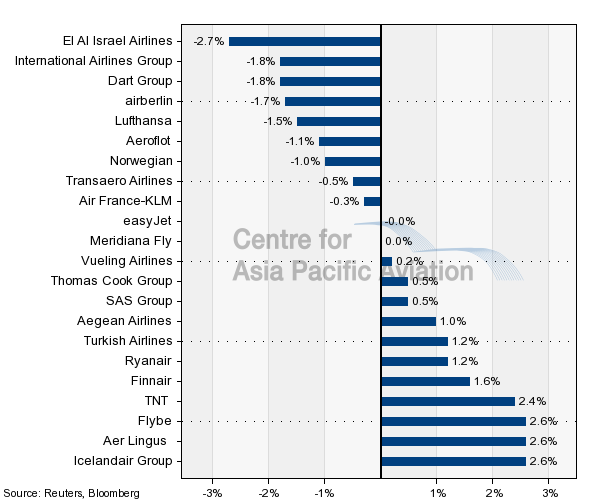