A spate of US tourist deaths has created challenges for the Dominican Republic, triggering a decline in bookings for travel to the country for the rest of the US high summer travel season.

It remains to be seen how much the negative publicity will affect the Dominican Republic’s tourism industry in 2019. A study by ForwardKeys shows a major drop in bookings for the Jul-Aug-2019 time frame, and a sizeable increase in cancellations for travel from the US to the country.

Over the long term, the country’s tourism numbers are likely to remain on solid footing. Cancún, which has also had to deal with similar episodes during the past couple of years, remains one of the top destinations for US travellers this summer.

Some airlines are offering their customers an ability to change itineraries for travel to the Dominican Republic in light of the recent incidents, which is a normal response in this type of situation.

JetBlue, the largest airline operating between the US and the Dominican Republic, is cutting service from La Romana, but that route elimination is part of larger network adjustments for the airline, rather than a reflection of the current challenges the Dominican Republic faces from the incidents involving US tourists.

More than 10 US tourists have died at various resorts in the Dominican Republic during the past year, and the New York Times has reported that the US has sent a team from the Federal Bureau of Investigation (FBI) to assist local investigators with toxicological tests related to some of those incidents.

The publication detailed distressing stories from some relatives of Americans that have recently died in the Dominican Republic, which included having to plead with hotel employees for ambulances, long waits to retrieve bodies of loved ones, and callous responses from Dominican officials.

Those accounts will obviously create some short terms headwinds for the country’s tourism industry, which is an important driver of the Dominican Republic’s economy. 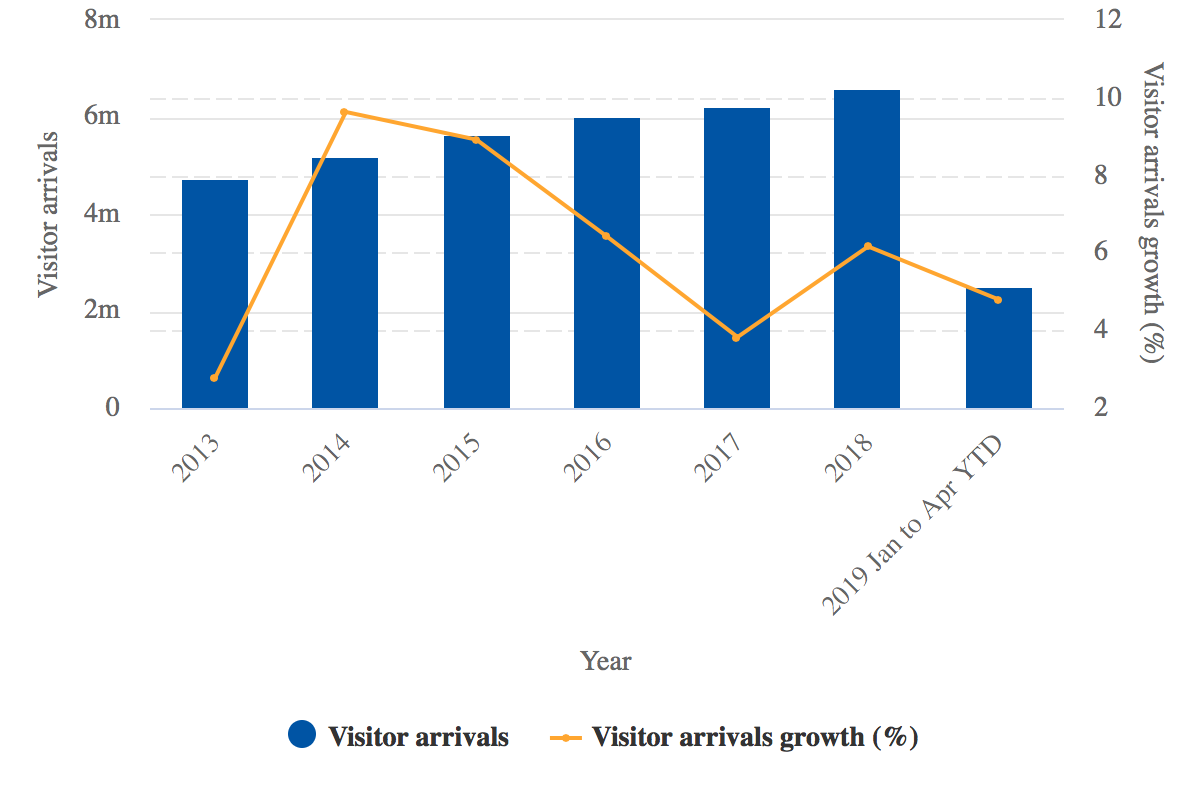 Source: CAPA - Centre for Aviation and The Central Bank of the Dominican Republic.

The US represented 34% of the Dominican Republic’s visitor arrivals in 2018, with 2.2 million Americans travelling to the country. 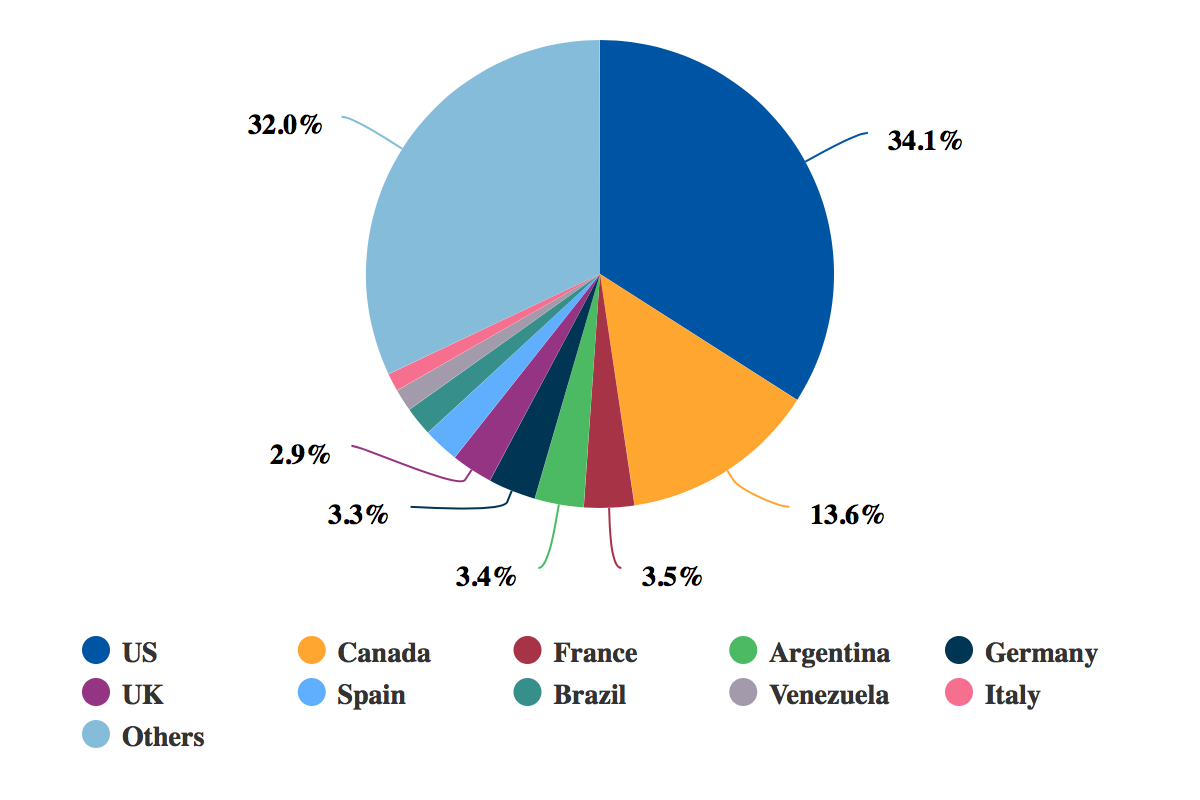 Source: CAPA - Centre for Aviation and The Central Bank of the Dominican Republic.

Cancún has faced similar challenges, but its status as a US tourist is intact

Unsurprisingly, officials from the Dominican Republic are trying to deflect alarm over the tourist deaths. The country’s tourism minister Francisco Javier Garcia told USA Today that in each of 1H2011 and 1H2015 15 tourists had died in the country.

He also stressed to the publication that the US State Department rates the Dominican Republic at a level 2. The agency urges increased caution for Americans travelling to countries with that designation.

The Dominican Republic has maintained that level 2 rating since 2018 and its status has not changed since reports of the deaths have emerged, the publication stated.

Although the stories emerging from the Dominican Republic are alarming, it is not the first time a large resort region has garnered attention for mysterious tourist deaths and assaults.

During 2018 Cancún’s image was tarnished as numerous cases emerged of travellers to the region’s resorts blacking out, and in some cases, being abused after consuming little, or moderate amounts of, alcohol.

Despite the incidents at some of those resorts, Cancún remains the top destination for summer travellers from the US during 2019, according to the annual top 10 Summer travel analysis conducted by Airlines Reporting Corporation (ARC).

It is the fourth consecutive year in a row that Cancún has topped ARC’s top destinations for summer travel, despite passenger volumes from the US to Cancún for the same time period falling -3.3% in 2018. Cancún International airport posted 6.8% passenger growth year-on-year in 2018, to 25.2 million passengers.

US airlines did adjust some of their capacity to Cancún in 2018 as demand in the market slightly softened.

But at that time executives at Spirit Airlines concluded that the situation would eventually resolve itself, and based on Cancún topping ARC’s list for summer travel destinations, Cancún’s overall stature as a tourist haven for Americans remains intact.

Percentage of system wide seats for the Dominican Republic, as of late Jun-2019 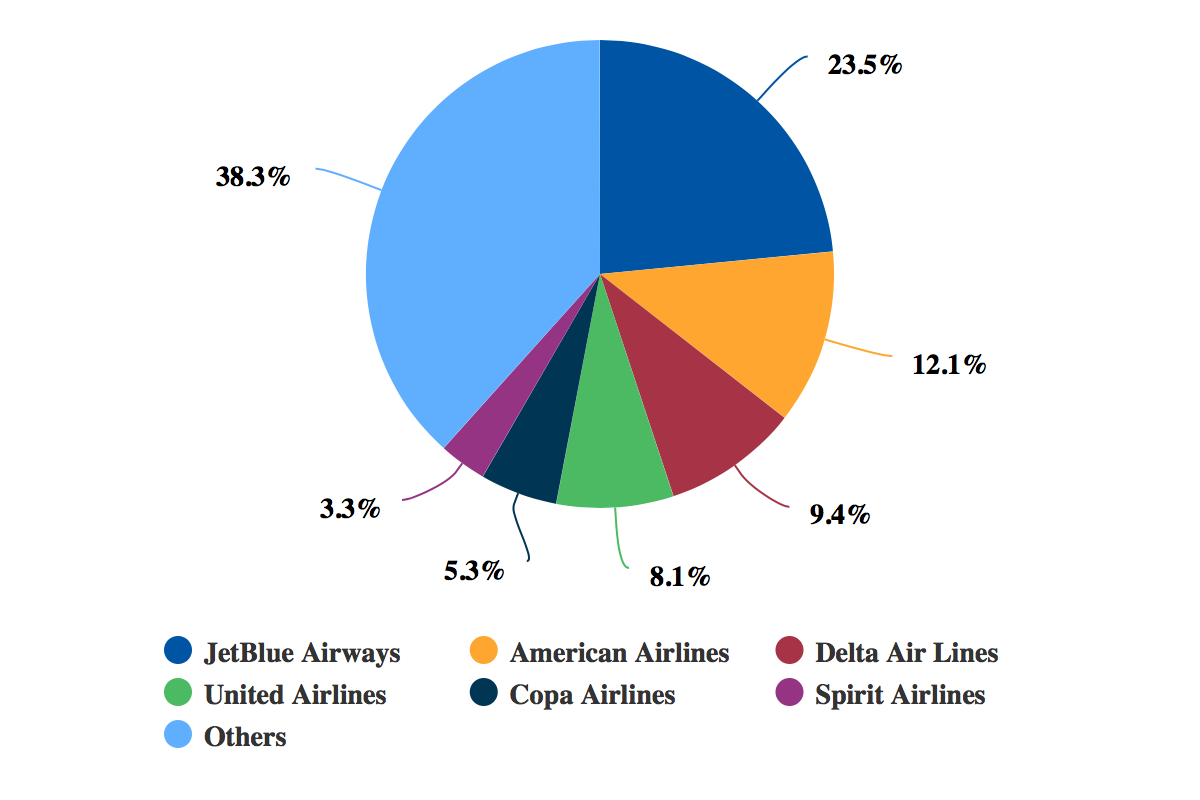 JetBlue has decided to end services from La Romana in the Dominican Republic to New York JFK in early 2020, but that route cut is part of other station closures planned by the airline, including Anchorage and Houston Hobby (it will move flights to Houston Intercontinental).

The ForwardKeys study also shows that from 19-Jun-2019 cancellations of bookings from the US to the Dominican Republic for any future travel date increased by 51.2%, and then jumped to 70% after another death was reported on 11-Jun-2019.

The Dominican Republic should be proactive in investigating tourist deaths

Despite the news reports, the US State Department has told ABC News that it has not seen an uptick in the number of death reports it has received in the Dominican Republic.

Still, the stories surrounding the deaths that have occurred are creating concerns, and the Dominican Republic’s government and tourism bodies will need to take all necessary steps to secure its good reputation and ensure that it remains safe for the US tourists who continue to visit the country in record numbers.